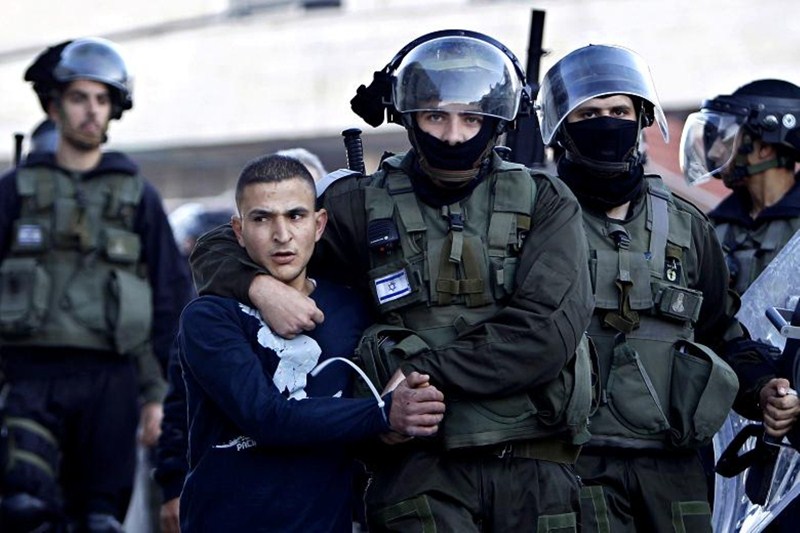 The army also invaded Husan town, west of Bethlehem, and kidnapped four residents after breaking into and searching their homes. The four have been identified as Ismail Ibrahim Hamamra, Ramah Younis Hamamra, Mohammad Hamed Hamamra, and Abdul-Hamid Sami Hamamra.

Local sources reported that several children suffered panic attacks due to the violent way the army broke into the homes and searched them.

In Gaza, the Israeli Navy kidnapped, on Saturday morning, 12 fishermen and held their fishing boats in Gaza territorial waters.

The army chased the Palestinian fishing boats while they were only 1.5 nautical miles off the Gaza shore, and kidnapped 12 of them. The kidnapped fishermen were taken to Ashdod.

A few days ago, the Israeli Navy kidnapped ten fishermen after attacking their boats in Palestinian territorial waters, and released them later on.

The attacks against the fishermen come in direct violation of the ceasefire that was mediated by Egypt between the resistance in Gaza and Israel; as part of the ceasefire deal, Palestinian fishermen are supposed to be allowed to fish within 12 nautical miles.

This is happening despite the fact, under the Oslo accords, the Palestinians should be allowed to fish in 20 nautical miles off the Gaza shore, but in 2008, Israel unilaterally reduced the fishing area to 3 nautical miles.