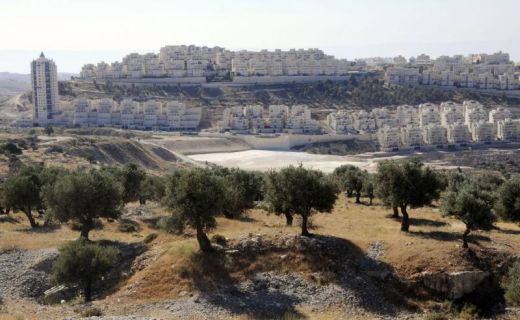 Israeli Army Radio reported, on Saturday evening, that several countries of the European Union strongly denounced the new Israeli decision to build 3000 units for Jewish settlers in the occupied West Bank, and in occupied East Jerusalem.William Hague, British Foreign Secretary, stated that Israeli must void its decision, adding that such decisions eliminate the possibility of resuming peace talks in the region.

French Foreign Minister, Laurent Fabius, called on Israel to refrain from implementing its decision, and to show the International Community that it is interested in the resumption of peace talks.

It is worth mentioning that the United states also expressed rejection of the new Israeli plan that was approved to punish the Palestinians for managing to garner a nonmember observer state status at the United Nations General Assembly.

Israeli Yedioth Aharonoth reported that spokesperson for the United States Department of State, Victoria Nuland, said that the Israeli decision places further obstacles in the efforts to resume direct peace talks between Israel and the Palestinian Authority, and added that the U.S. stance regarding settlements is “well known”.

Nuland further stated that the United States believes that peace talks are the best means to achieve peace in the Middle East, adding that her country will work on having Israel and the Palestinians resume peace talks as soon as possible.

In is worth mentioning that the United States grants Israel $3.6 Billion a year, in addition to hundreds of millions that are collected by different groups and lobbies. A significant amount of this money goes for settlement construction and expansion activities.

Palestinian President’s Office slammed the Israeli decision, and said that this decision is illegitimate and illegal, and comes as a slap in the face of the International Community that overwhelmingly voted for Palestine as a nonmember state.

The Israeli Radio reported that the Israeli government approved the new 3000 units for Jewish settlers in the West Bank and in East Jerusalem, to punish the Palestinians for what Israel regarded as a unilateral move at the UN.

On his part, Lieberman claimed that “Israel is still committed to the two-state solution”, and also claimed that “the most dangerous issue” in the Middle East is not settlements, but what he called “the unilateral moves of the Palestinians, mainly by heading to the UN”.

Palestinian Ambassador to the UN, Riyadh Mansour, denounced the Israeli decision, and stated that this decision is part of Israel’s ongoing provocative acts in the occupied territories.