Hamas: “We Are Going To Cairo This Month To Implement Unity Agreement” 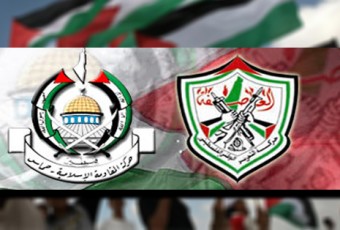 Osama Hamdan, head of the International Relations Department of the Hamas movement, stated that Hamas will be heading to Cairo this month to participate in meetings meant at implementing the Palestinian unity and reconciliation agreement, and warned Israel against continuing its violations to the ceasefire in Gaza.Talking to the Safa News Agency, Hamadan stated that there are talks and efforts meant at holding a meeting very soon in Cairo, adding that he expects that the meeting will likely take place in the coming few days.

“We do not want to go to Cairo just for the sake of talks”, Hamadan said, “We want actual implementation of steps that will lead to unity, and an agreement on all national standards”.

“Egypt knows the importance of these points, we in Hamas stress on these principles”, Hamdan added, “We hope that our brothers in the Fateh movement feel the same”.

The Hamas official further stated that the Palestinian people are one nation, despite their difference they should always maintain unity, and added that after winning the elections in 2006, Hamas called for a unity government despite the fact that it garnered an overwhelming victory in the elections.

“Unfortunately our stances were interpreted as points of weakness, as if Hamas was unable to form a government just because it offered goodwill gestures”, he added, “We had to act in Gaza in 2007, some people wanted to conduct a coup on Hamas, and wanted to void the elections’ outcome”.

“Certain regional and international parties promised that the internal divisions between Gaza and the West Bank will lead to a political solution, the establishment of a state”, Hamdan said, “They wanted Hamas to choose between accepting a settlement for the conflict or reject it and become isolated in Gaza, besieged by Israel and by international countries”.

The Hamas official also warned that Israel’s ongoing violations to the ceasefire that was mediated by Israel could lead the region to a new war, and called on the international community to ensure Israel’s full commitment to the truce.

In related news, member of the Hamas Political Bureau, Izzat Al-Rishiq, stated that the European Union made some encouraging hints about the possibility of removing Hamas from the “terrorist list” in exchange for resuming indirect talks with Israel aiming at lifting the illegal siege on Gaza and implementing all sections of the cease-fire agreement that was mediated by Egypt.

The Hamas official added that senior European diplomats will be accompanying Khaled Mashal, head of the Political Bureau of Hamas, who will be heading to Gaza by the end of this week to participate celebrations marking the 25th anniversary of the establishment of Hamas.