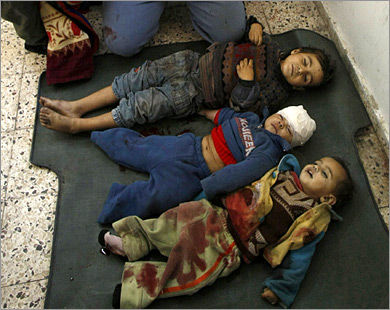 The Palestinian Ministry of Health in the Gaza Strip reported that 191 Palestinians, including children, women and elderly, have been killed by Israeli military fire in Gaza in November, and that the number of injured Palestinians in the same month stands at 1492.The Health Information Center of the Ministry reported that 48 children, including 16 under the age of five, have been killed by Israeli missiles and shells, in addition to 12 women and 20 elderly.

The recent Israeli war on Gaza lasted for around eight days and ended with a ceasefire agreement mediated by Egypt and some other countries. Similar to previous wars that led to hundreds of casualties, the army bombarded homes, medical centers, civilian facilities and even media centers.