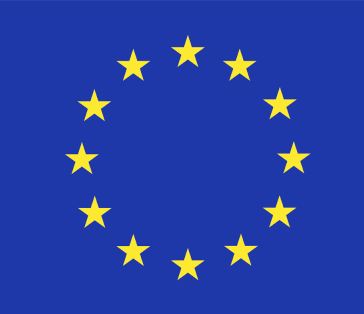 Foreign Ministers of the European Union issued a statement, after holding a meeting in Brussels Monday, denouncing the Israeli E1 illegal settlement project that will lead to the total isolation of the West Bank from occupied East Jerusalem. They said that the Israeli settlement project will also isolate the northern parts of the West Bank from the southern parts.They said that the Israeli E1 plan will seriously threaten any possibility for a negotiated resolution to the conflict, as it will leave no place for a contiguous and a viable Palestinian state “with Jerusalem as the capital of the two states”.

The EU also reiterated its stance regarding the fact that Israeli settlements in the occupied territories, captured by Israeli during the 1967 war, including in East Jerusalem, are built in direct violation of International Law.

EU Foreign Ministers said that they will closely monitor what happens in the region, and will act accordingly.

They said that settlements in the West Bank and in occupied East Jerusalem, especially the E1 project that is intended to link between Maale Adumim illegal settlement bloc with East Jerusalem, will lead to the forced depopulation of thousands of Palestinian civilians living in the area.

They also called on Israel to resume the transfer of Palestinian tax money it collects on border terminals on behalf of the Palestinian Authority in the West Bank as stated in signed agreements, and called on both Israel and the Palestinians “to refrain from any unilateral moves that could jeopardize the efforts to resume peace talks”.

The Foreign Ministers of the EU said that Israel’s settlement activities are an obstacle to peace, and called on Israel and the Palestinians to resume direct peace talks without preconditions.

They also said that Israeli changes to the territories, including East Jerusalem, will not be recognized as long as these changes are unilateral and not part of a negotiated agreement.

As for settlement products, the Foreign Ministers said Europe’s economic agreements with Israel do not include products made in Jewish settlements in the occupied West Bank, East Jerusalem and the Golan Heights.

EU Foreign Ministers also called for Palestinian national reconciliation, headed by President Mahmoud Abbas, so that they can pave the way towards the establishment of an independent Palestinian State as part of the two-state solution with Israel.

They also expressed commitment to the security of Israel, and expressed rejection to any of use of force for political gains.

The Foreign Ministers further denounced statements made by Hamas leaders denying “Israel’s right to exist”, and stated that the European Union “will never stop fighting against terrorism, as terrorism leads to the collapse of reconciliation and coexistence”.

Israeli Foreign Ministry spokesperson, Yigal Palmor, responded to the EU statement by claiming that the focus of the European Union is “mistaken”, and claimed that “facts on the ground prove that settlements were never an obstacle to peace”.

Israeli Prime Minister, Benjamin Netanyahu, claimed that “the Jews are building homes in their ancient capital, Jerusalem”, and added that “world leaders remain silent when Palestinian leaders openly call for the destruction of Israel, the one and only Jewish state”, according to Netanyahu.

All of Israel’s settlements in the West Bank, and in occupied East Jerusalem, are illegal under International Law and the Fourth Geneva Convention to which Israel is a signatory.