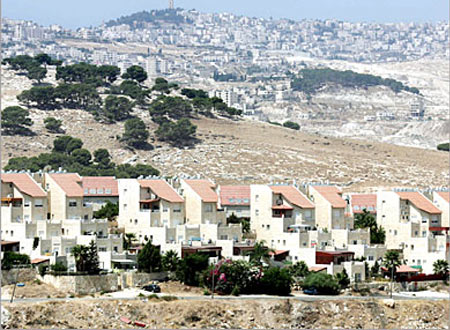 Due to U.S. pressures, the countries failed to pursue such a resolution, and only issued statements denouncing the Israeli violations and its unilateral actions, the Maan News Agency reported.

Speaking to Maan, Hammad said that “should it become apparent that the Security Council will not take any serious decision regarding Israel’s ongoing violations, the Palestinian leadership will weigh the possibility of heading to the International Criminal Court after obtaining a membership status.

Israel had recently approved that construction of thousands of additional units for Jewish settlers in occupied Jerusalem and the occupied West Bank, as an act of punishment against the Palestinian Authority for managing to obtain a nonmember state status at the General Assembly.

Hammad said that International Law considers settlements to be war crimes, therefore, should the Palestinians be able to obtain membership at the International Criminal Court, they will be able to sue Israel.