General Assembly Votes For Palestinian Right To Self Determination 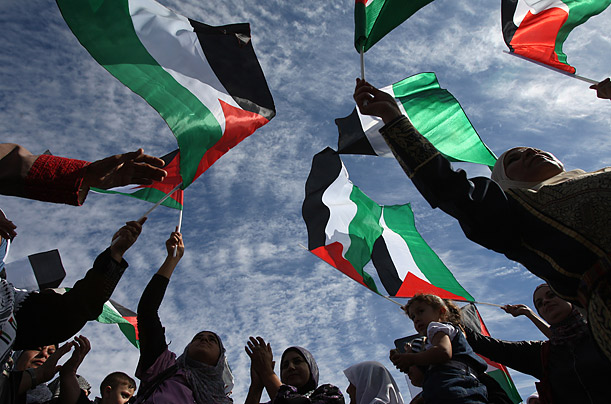 Mansour urged the International Community, and all related international agencies, to continue to support the Palestinians in achieving their internationally-guaranteed rights as soon as possible.

The new resolution also states that the General Assembly believes in the urgent need to resume direct peace talks between Israel and the Palestinians based on all related resolutions and the Madrid principles, mainly the Land for Peace, the Road Map Peace Plan, and the Arab Peace Initiative.

It stressed on the need to find a lasting, comprehensive and fair peaceful resolution based on the two-state solution.

The resolution also affirmed the advisory ruling of the International Court on July 9 2004 in which the court ruled that the Israeli Annexation Wall in the occupied West Bank, is illegal, and said that the Wall and all Israeli violations are severely impeding the Palestinian right to self-determination.

The few countries that apposed the recent resolution were Israel, the United States, Canada, Palau, Micronesia, the Marshall Island and Nauru; the countries that abstained are Cameron, Tonga and Honduras.