Despite US criticism, Israel continues with plan to construct 6,000 new settlement units 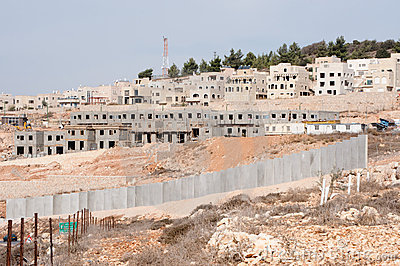 The US State Department issued a statement this week that included a rare criticism of Israeli policy, calling the ongoing construction of settlements on Palestinian land a ‘pattern of provocative action’ that prevented the renewal of peace talks. Despite this critique, the Israeli government announced plans to move ahead with 6,000 new settlement units, mainly in the Jerusalem area.After the Palestinian Authority pursued, and succeeded in obtaining, a vote for non-member statehood status at the United Nations last month, the Israeli government undertook a number of punitive measures against the Palestinians. These including illegally confiscating Palestinian Authority funds that would pay the salaries of teachers, doctors, pensioners and the disabled, as well as announcing a plan to increase settlement construction in the Israeli-occupied West Bank.

Israeli forces have militarily occupied the West Bank and Gaza Strip since 1967, and have illegally seized large swaths of Palestinian land in order to transfer Israeli civilians onto this land, in direct violation of its obligations as an Occupying power under the Fourth Geneva Convention.

Since a peace agreement known as the ‘Oslo Accords’ was signed in 1993, hundreds of thousands of Israeli settlers have poured into the West Bank and established colonies. In 2005, around 5,000 settlers were paid by the Israeli government to move out of settlements in the Gaza Strip, although many of them ended up moving to other settlements in the West Bank.

In this week’s statement to the press, US State Department spokeswoman Victoria Nuland told reporters, ‘Israel’s leaders continually say that they support a path towards a two-state solution yet these actions put that goal further at risk.”

1,500 units were approved on Monday by Israel’s Interior Ministry, and discussion is continuing throughout this week on the plans for 4,500 additional units, which are expected to receive final approval by the Israeli Interior Ministry early next week.

All Israeli settlements in the West Bank are considered to be violations of international law.