Israel Claims Arresting A Cell That Planned To Abduct A Soldier 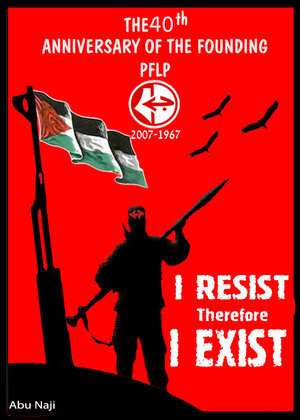 A gag order was lifted Tuesday on the arrest of what Israel claims to be a Palestinian cell that planned the abduction of an Israeli soldier to negotiate his release in exchange for the release of PFLP secretary-general, Ahmad Sa’adat. Israel claims that cell members planned the abduction to secure the release of Sa’adat, the secretary-general of the leftist Popular Front for the Liberation of Palestine (PFLP).

Israel holds Saadat responsible for the assassination of far-right Israeli Tourism Minister, Rehavam Zeevi, who was killed, in 2001, in Jerusalem by four members of the PFLP; Israel claims Sa’adat ordered the assassination. On 25 Dec 2008, an Israeli court sentenced him to thirty years in prison.

Israeli sources reported that the claimed cell was arrested following close cooperation between the army and the security services, and added that cell members are all members of the PFLP, and that they “confessed” to planning to kidnap an Israeli soldier.

Indictments were filed in recent weeks against two members of the cell, identified as Ashraf Abu Aram and Mohammad Zeitoun, the Arabs48 news website reported.
Israel claims that Abu Aram, 26, from the central West Bank city of Ramallah, formed an armed cell, and that Mohammad Abu Zeitoun, 26, also from Ramallah, joined this group.

The Israeli Shabak claimed that Abu Aram even contacted a weapons dealer with the intent to obtain two pistols and an automatic rifle.

The Shabak added that both persons also planned to open fire at Israeli soldiers in order to divert their attention in order to kidnap one of the soldiers in the midst of chaos resulting from the shooting.

Another possibility, according to Israel, is abducting an Israeli at the Jit Junction, in the occupied West Bank, in addition to planning to move the abducted soldier, or Israeli citizen, to a secret location of Kufur Aqeb village, near Ramallah.

Israel also intends to file additional charges against the two, including “providing services for an illegitimate group (the PFLP).

Israel said that eight more Palestinians have been kidnapped by the army, and confessed during interrogation that they conducted activities with the PFLP including “holding clashes with the army”, and “disturbing the peace”, according to Israel.

The Israeli Security claims that PFLP activists have been planning and trying to kidnap Israeli soldiers and settlers in the occupied West Bank.