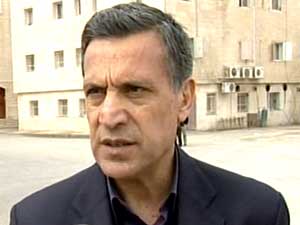 Palestinian Presidency Spokesperson, Nabil Abu Rudeina, stated Monday that the Israeli government must change Israel’s policies regarding the peace process.He added that Israel’s settlement construction and expansion activities in the occupied territories are major obstacles to resuming a peace process that could lead to real peace and stability.

The statements of Abu Rodeina came as he responded to the latest Israeli decision to build an additional 90 units for Jewish settlers in the occupied West Bank.

He said that this decision is a direct message to U.S. President, Barack Obama, who intends to visit Jordan, Israel and the occupied Palestinian territories in March.

Abu Rudeina said that the decision aims at placing further obstacles to obstruct the efforts to resume peace talks, and even to obstruct the American efforts and initiatives.

Furthermore, the official said that the Palestinian stance is clear; no negotiations with Israel while it continues its illegitimate settlement activities, and added that Palestine is now an observer state at the United Nations, a member of the UN Human Rights Council, and will not recognize Israel’s settlements in occupied Palestine as they are illegal under International Law, and must be removed.

“Israel’s is placing obstacles to obstruct political initiatives that could revive peace talks”, Abu Rodeina said. “Tel Aviv is mocking the International Community that recognized Palestine as a state on November 29 of last year”.