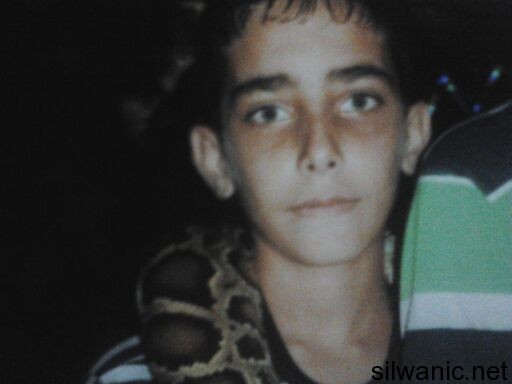 The Wadi Hilweh Information Center, in Silwan town in occupied East Jerusalem, reported that Israeli soldiers kidnapped, on Wednesday evening and on Thursday at dawn, two Palestinian children in the town, and took him to interrogation facilities.The Center said that several Israeli soldiers invaded a home in Wad Yasoul area, in Silwan, searched the property, and kidnapped a child identified as Eyad Ahmad Rweidy, 17. The attack was carried out approximately at 5 at dawn Thursday.

Rweidy was moved to the Al-Maskobiyya, detention and interrogation facility in Jerusalem.
On Wednesday evening, the Israeli Police kidnapped a Palestinian child, identified as identified as Amir Froukh, 14, after claiming that he hurled stones at Israeli military vehicles in Silwan.

The Information Center reported that several Israeli soldiers and policemen invaded the home of Al-Froukh in Ein al-Loza neighborhood, but the child was at his grandfather’s residence.

They soldiers headed to the grandfather’s home and arrested the child and his uncle.

Both were placed in a police vehicle, but the soldiers released the uncle, and told him that the child will be moved to the interrogation and detention facility in Jabal Abu Ghneim “Har Homa” illegal settlement.

The child was kept in the police vehicle for more than two hours, and was then moved to the police station. The police interrogated the child aft0er claiming that he hurled stones at the Israeli forces in Silwan.

It is worth mentioning that, last month, the child was detained for two days before being released on bail, and was forced out of Jerusalem for two weeks. He was sent to the southern West Bank city of Hebron, and was repeatedly interrogated by the Israeli police in the city.

Late on Wednesday at night, the army demolished two rooms, a sheep farm and a wall that belong to resident Sharif Mousa Liqyana, in Beit Iksa village, near Jerusalem.

Liqyana stated that he built the farm two years ago, with a total cost of 130 NIS, and that in June of last year, the Jerusalem Municipality decided to demolish his property.

He contacted a lawyer and managed to get all construction permits in order, but the army demolished the structure without a prior notice.

Earlier on Wednesday, the Israeli District Court in Jerusalem, sentenced a 15-year-old child, identified as Ali Mheisin, to four months imprisoned. The child was taken prisoner two months ago.

The court also rejected an appeal for the release of another child, identified as Mohammad Raed Siyam, 16, and decided to hold another hearing on February 27.

The child’s father stated his son was examined by a physician due to a deterioration in his health condition. He was forced into solitary confinement for 14 days in direct violation of an Israeli court ruling.

Siyam was kidnapped on January 18 after the army broke into and searched his family’s home in Silwan.

The Israeli prosecution claims that the child hurled Molotov Cocktails at an illegal Israeli settlement outpost in the area.

Silwan has been under constant Israeli military attacks, intensifying 23 days ago, as the Police imposed fines on dozens of residents, issued tickets against local vehicles, cut water supplies, an handed several residents orders for the demolition of their homes and stores under the pretext that they were built without construction permits.

It is worth mentioning that 10 Palestinians, ages 13-23, have been kidnapped in Bab Hatta neighborhood, in Jerusalem, over the past few days; all of them, except for four, have been released, some ordered under house arrest.