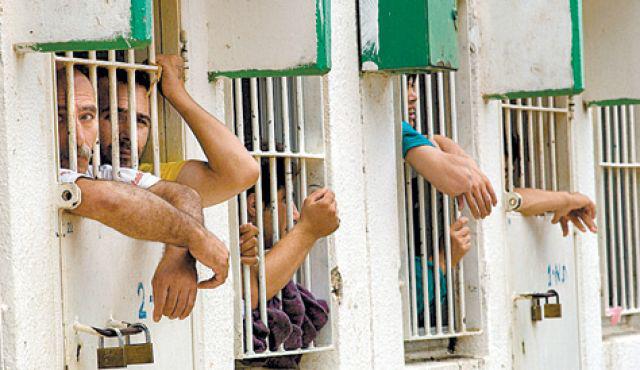 Monday March 4, 2013, Palestinian Minister of Detainees, Issa Qaraqe’, stated that the Palestinian detainees in the Galboa’ Israeli prison, are holding a one-day hunger strike, as an initial step, part of activities in support of hunger striking detainees, and to protest the ongoing Israeli violations.Qaraqe’ said that 120-140 detainees in Galboa’ declared strike and returned their meals as part of further steps that also comes in retaliation to the death of detainee Arafat Jaradat who was tortured to death.

Jaradat, 33, from Safire town, near Hebron city, was kidnapped by the army on February 18, and was subject to extreme torture that led to his death in an Israeli interrogation facility on Saturday February 23, 2013.

Furthermore, Qaraqe’ said that, on Sunday at night, the army broke into Section 11 of the Negev Detention Camp, and attacked several detainees.

Also, Israeli sources reported that an Israeli officer was injured in the eye after being punched by a detainee when the army broke into Section 6 of the Negev Camp.

Reports coming out of different detention camps and prisons indicate increasing tension due to escalating Israeli violations against the detainees, including forcing dozens of detainees into solitary confinement, and repeatedly breaking into and searching their rooms.

The Ahrar Center for Detainee’s Studies and Human Rights reported that the army carried out more than 15 attacks against the detainees in February, and that most of the attacks targeted Palestinian detainees held in Majiddo and the Negev prisons.