Army Carries Out A Limited Invasion Into Khan Younis 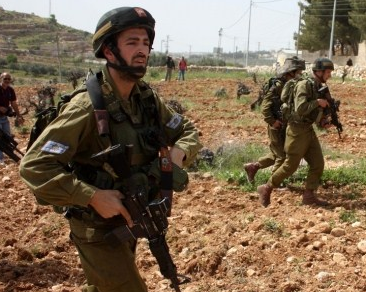 Israeli soldiers invaded, on Thursday morning, an area east of the al-Qarara town, east of Khan Younis, in the southern part of the Gaza Strip, and bulldozed Palestinian farmlands.Local sources reported that several armored Israeli military vehicles, including an armored bulldozer, advanced 200 meters into lands that belong to residents of the al-Qarara, and uprooted them.

The tanks came from the nearby Kissufim military base, across the border.

Israeli soldiers carry out repeated limited invasions into the coastal region, in addition to repeated attacks against Palestinian farmers working in their lands close to the border fence.

During the 8-day war in November of 2012, Israeli missiles and shells killed 191 Palestinians, including 48 children (16 under the age of 5), in addition to 12 women and 20 elderly men and women. At least 1,492 Palestinians were injured, dozens seriously.