Al- Eesawy Refuses To Be Exiled In Exchange For His Release 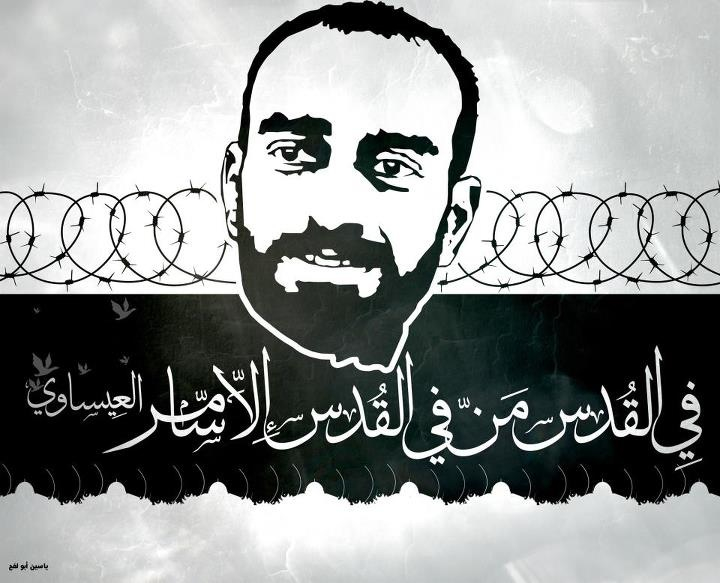 Lawyer Shireen Al-Eesawy, sister of hunger striking detainee Samer Al-Eesawy, from Al-Isawiyya in occupied Jerusalem, stated that her brother refused an Israeli offer to force him into exile in exchange for his release.On her Facebook page, Al-Eesawy said that her brother, who started his strike 230 days ago, is facing harsh health complications, but refuses to be forced into exile

Israel is trying to force Al-Eesawy to accept to be forced into exile aboard, or be sent to the Gaza Strip, as the Israeli army and police do not want him to return to his home in Al-Isawiyya.

Shireen said that her brother refuses to be exiled as he, and the Palestinian people, are struggling for their country, for the Right of Return, for remaining in their land, therefore, “will not accept to be sent into exile especially while Israeli is escalating its violations that target the very existence of the Palestinians in their homes and lands.”

“This is the determination that Samer carries, from the first day of his strike”, she said, “It is either freedom and liberation. or martyrdom”.

Shireen added that Samer is determined to continue his hunger strike he started 230 days ago, and that despite his very bad health condition, he is steadfast and persistent”.