Bardaweel: “Hamas Will Continue To Smuggle Weapons Into Gaza” 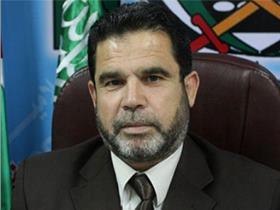 Salah Bardaweel, a political leader of the Hamas movement in Gaza, and an elected member of the Palestinian Legislative Council, stated Thursday that his movement will continue the smuggling of weapons into the coastal region as part of its resistance activities against the Israeli occupation, and added “no one in the entire world can stop it from doing so”.His statements came during a forum organized by the Islamic Bloc at the Al-Aqsa University in Khan Younis, in the southern part of the Gaza Strip.

Bardaweel said that armed resistance is a very important means of activities meant for the liberation of Palestine from the Israeli occupation.

The official did not comment of the ongoing Egyptian campaign that resulted in flooding and demolishing dozens of tunnels across the border between Gaza and Egypt. The tunnels are largely used for the smuggling of supplies, including medical supplies, into the besieged coastal region.

It is worth mentioning that Egypt recently managed to uncover and seize several shipments of weapons in Sinai meant be smuggled into Gaza. The weapons included anti-tank missiles, rocket launchers, RPG’s and several types of light weapons.

The Hamas official said that the movement does not, and will not, interfere in internal Egyptian affairs, and stated that there are certain media outlets in Egypt that are trying to defame Hamas amongst the Egyptian people.

As for the reconciliation talks between his movement and the Fateh movement of President Mahmoud Abbas, Al-Bardaweel said that officials of the two movements held talks in a number of Arab countries and “managed to overcome most obstacles”, and that the main remaining issue is the security file which includes organizing the security forces and unifying their branches.

He also said that the file of reforming the Palestinian Liberation Organization (PLO) requires a new national vision and comprehensive changes so that it can represent all Palestinian factions, and the national Palestinian interests.

Commenting on the planned visit of American President, Barack Obama, on March 20, Bardaweel said that Obama will not be bringing anything new to the Palestinians, and that Obama’s visit will not change anything of the ground, “but instead, he will be pressuring the Palestinians into resuming peace talks with Israel despite its ongoing violations”.