EU To Send Delegation To Evaluate the Situation Of Palestinian Detainees 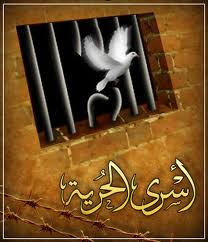 The European Parliament decided to send a fact-finding mission to evaluate the conditions Palestinian detainees face in Israeli prisons, especially detained children and women.The mission’s visit comes a few weeks after the death of detainee Arafat Jaradat, who was tortured to death at an Israeli interrogation and detention center.

The EU Parliament voted on Thursday evening for sending the fact-finding mission, and called on Israel to cooperate and to open an immediate, independent and transparent investigation into the death of Jaradat, as well as many other issues regarding the situation of Palestinian detainees in Israeli prisons.

The EU expressed concern regarding the harsh living conditions, and constant harassment, they face in Israeli detention facilities, including collective punishment practiced against them, and inhumane and illegal sanction imposed on them, the Palestine News Network (PNN), has reported.

It also called on Israel to change its policies regarding Administrative Detention policies, and said that Israel must release all detainees held under these policies without charges or trial, or file clear charges against them so that they can be send to court as long as Israel provides guarantees that such courts will be legitimate and follow International Law.

The EU wants to closely examine the situation of the Palestinian detainees in Israeli prisons, especially the detained women and children, and to get a closer look at Israel’s administrative detention policy.

Laila Shaheed, Palestinian Ambassador at the European Union, thanked EU parliamentarian Véronique De Keyser, for the efforts she made to ensure passing the resolution to send the mission to Palestine, and thanked all parties that supported the move.

Shaheed added that the Palestinian leadership considers the issue of Palestinian detainees a high priority, especially amidst ongoing Israeli violations against them.