Abbas’ Speech in the news conference in Ramallah with President Obama 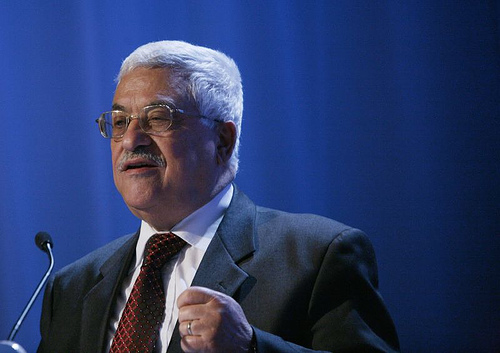 Below is the full text of Palestinian President Mahmoud Abbas’ speech in Ramallah in the press conference with US President Barack Obama on Thursday as interpreted.In the name of God, the Merciful, the Compassionate.

Mr. President Barack Obama, I wish to warmly welcome you and your accompanying delegation to Palestine.

Mr. President, during your visit to our country you will meet a people proud of their history, heritage, culture, and symbols — a young, creative and entrepreneurial people who have made the miracle and rose from the calamities of the Nakba, and continue the path of their ancestors, extending since the ancient times over this land — their land. A people who adhere to their rights and are in harmony, and keep abreast with the realities of the age, its language and methods. A people who build institutions of the state of Palestine, giving an exemplary model despite all hardships and hurdles.

We, Mr. President, believe that peace is necessary and inevitable, and we also believe that it is possible. We believe that peacemaking, as much as it requires political courage, also requires an expression of good faith, a recognition of people’s rights, respect for the other, and dissemination of a culture of peace and a commitment to international legitimacy and its resolutions. Certainly, peace shall not be made through violence, occupation, walls, settlements, arrests, siege and denial of refugee rights.

We are extremely in pleasure to receive you today in our country. Our people share with American people, and with you personally, the belief in the values and principles of freedom, equality, justice and respect for human rights. And we, together with the peoples of the world, are partners in the pursuit to achieve a just peace that ends occupation and war, and achieves security, stability and prosperity to all the peoples of our region.

Today, ladies and gentlemen, we have conducted a good and useful round of talks with His Excellency President Obama. It was an opportunity to focus, on our side, on the risks and the results that exists that a continuation of settlement activity represent on the two-state solution, and over the need to release prisoners.

I asserted to His Excellency the President that Palestine has taken long and additional steps for the sake of making peace. I hereby assert again that we are ready to implement all our commitments and obligations, and to respect the signed agreements and international legitimacy resolutions in order to provide for the requirements of launching the peace process and achieving the two-state solution — Palestine and Israel.

We are also serious in ending the division and achieve the Palestinian reconciliation, which constitutes an additional source of power for us to continue our march towards making peace, security and stability in the region.

I have renewed confidence that the United States, represented by his excellency President Obama and Mr. John Kerry, shall intensify its efforts to remove the obstacles ahead of the efforts to achieve a just peace, which the peoples of the region have long awaited.

Here I wish to thank the President for his continuous confirmation of the U.S. commitment to provide support to the Palestinian people, and to thank him and his administration for the support that has been provided during the past years — various forms of support — to the Palestinian treasury, to development projects, and to the UNRWA.

Mr. President, once again you are welcome in Palestine. Thank you.