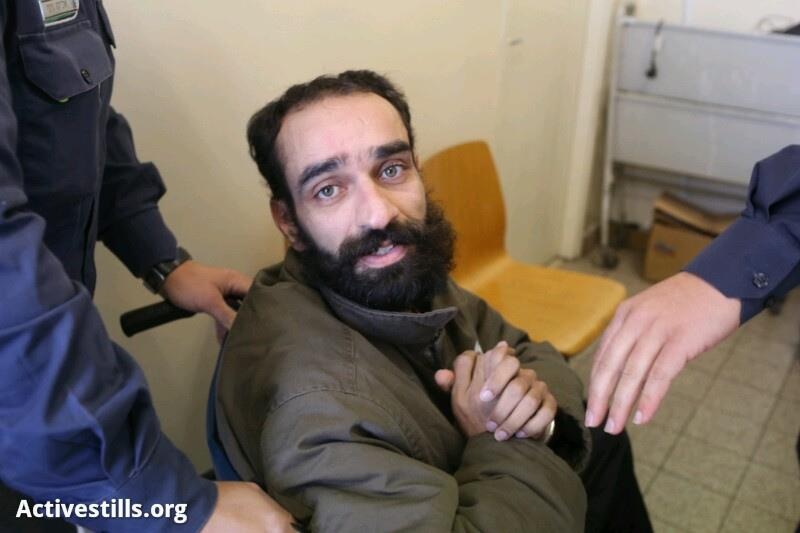 Palestinian prisoner Samer al Isawiis near death, according to doctors, after spending 236 days without food to challenge the Israeli policy of ‘administrative detention’, in which Palestinians are imprisoned for extended periods without trial.
Isawiis one of several long term hunger strikers, but no others have approached the record length of his hunger strike.

Some international political analysts have compared the Palestinian hunger striking prisoners with Bobby Sands and the hunger strikers of Northern Ireland in the 1970s.

In a letter released Monday, Isawiwrote ‘I will continue my open hunger strike, and will not retract my steps. My life is not more precious than the blood of Palestinian martyrs.’

He went before a military court on February 21st, when he had already been on hunger strike for over 200 days, and his lawyers demanded his release. But the Israeli military court refused, and sentenced Isawito an additional 8 months in prison.

He faces a potential sentence of twenty years in prison for the Israeli military justice system’s equivalent of ‘violating parole’. After being released in 2011 as part of a prisoner swap deal, he was taken into custody the following year for being in a town near Jerusalem that was forbidden for him to travel to, according to the terms of his release.

Isawiis likely to be the first Palestinian prisoner to die in the current movement of hunger strikes, according to his lawyers and doctors.

Begun by Khader Adnan over a year ago, the movement has drawn thousands of Palestinian prisoners into short and long term hunger strikes to demand a change in the Israeli system of military justice that governs Palestinians in the West Bank and Gaza.

Many prisoners are held for years without trial, and of those that are charged, more than 99% are found guilty, often with little or no evidence against them.