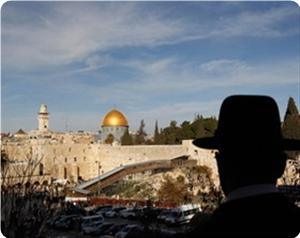 In two separate incidents over the weekend, the third holiest site in Islam, the Al Aqsa mosque in Jerusalem, came under siege from Israelis – once, on Thursday, when Israeli police entered the mosque compound and began uprooting trees, and a second time on Saturday when a group of right-wing Jewish Israeli settlers sneaked into the mosque via rooftop.The mosque has faced increased pressure from right-wing Israelis in recent years, and was the site of the incident that sparked the second Palestinian intifada (uprising) in September 2000, when then-Prime Minister Ariel Sharon entered the mosque with a phalanx of soldiers, after having publicly stated that the mosque should be removed to make a place for a Jewish temple to be built in its place.

Several times Israeli groups and individuals have attempted to blow up the mosque, and ongoing excavations under the mosque by an Israeli government-sanctioned project threaten to collapse the holy site from below.

In the first of the two incidents this weekend, Israeli police invaded the mosque area and began uprooting trees. The Islamic Waqf Foundation responded on Saturday with a strong condemnation of the action, stating in part, “The plazas are an integral part of the holy Aqsa Mosque and the uprooting of trees the day before yesterday by the occupation police is unacceptable, reprehensible and an assault on the Aqsa Mosque. The maintenance and Islamic waqf committee of the Aqsa Mosque is the one authorized to make repairs, plant trees and do other things without permission from the Israeli police which have no authority or jurisdiction over the management of the Aqsa Mosque.”

On Saturday, a group of Israeli right-wing settlers invaded the mosque by rooftop, allegedly entering by way of buildings in the Bab Al-Silsela and Qatanin areas, according to a Hamas-affiliated website.

The four settlers were arrested by the mosque security, who took them into custody and removed them from the premises. The motive for their invasion is unknown, although right wing settlers have frequently tried to enter the mosque to pray and conduct rituals asking God to destroy the mosque and replace it with a Jewish temple.

Members of the same right-wing settler groups as the supplicants have made multiple attempts in the past to blow up the mosque or attack its infrastructure or worshipers.