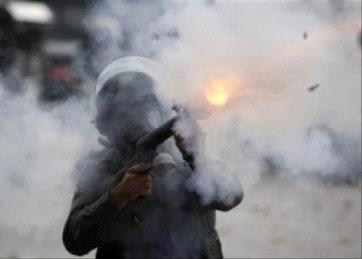 Also in Hebron, the army kidnapped one Palestinian, identified as Amro Jaber, east of Hebron and took him to a nearby interrogation facility.

The soldiers also installed several roadblocks leading to different Palestinian towns near Hebron, stopped dozens of vehicles and inspected the ID cards of dozens of Palestinians.

In related news, soldiers fired several rounds of live ammunition in Bab Al-Zawiya area, in the center of Hebron City.

Local sources reported that it remains unclear why the army opened fire as no clashes or confrontations were taking place in the area before or during the incident.