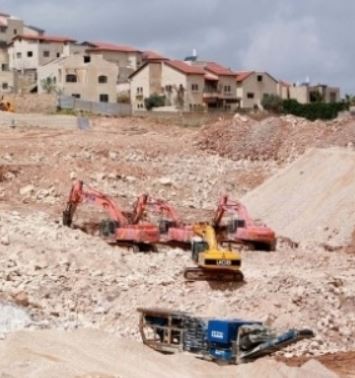 [Sunday August 4, 2013] Israeli Minister, Silvan Shalom, alleged that the Palestinian Authority (P.A.) in the occupied West Bank rejected an Israeli “offer” to freeze construction activities in settlements located outside of settlement blocs, and said that the P.A. insisted on the release of Palestinian political prisoners. Talking to the Israeli Radio, Shalom said that the offer was presented by Israeli Prime Minister, Benjamin Netanyahu, but was directly rejected by the P.A.

The Israeli Minister claimed that the decision to release Palestinian political prisoners was “very difficult”, and that the stances of the United States, the mediator of direct political talks, and the new situation in the region, gave Israel no other options.

He said that Israel offered a freeze, not a full stop, of settlement construction and expansion activities, in settlements in the occupied West Bank, excluding settlement blocs such as Ariel, Ma’ale Adumim and Gush Etzion.

Israel will be releasing Palestinian detainees who have been imprisoned since before the first Oslo Peace Agreement of 1993, on several stages, starting next week.

According to Israel, the release depends on the “progress” in direct talks between Israel and the Palestinians.

Various Palestinian officials stated that Israel is using its illegal settlement activities as a bargaining chip in order to oblige the Palestinians to adhere to its preconditions.