Netanyahu: “Israel Will Retaliate To Attacks From Gaza, Sinai” 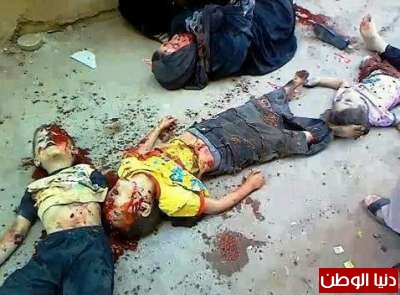 Israeli Prime Minister, Benjamin Netanyahu, stated that Tel Aviv would firmly respond to any attack against it from the Gaza Strip or the Egyptian Sinai Peninsula.His statements came during a visit to a military training area in the Negev. He said that Israel will not allow any side to fire missiles at it.

“My policy is fierce retaliation to any attack against the country”, Netanyahu added, “We act on foiling those attacks, but if they happen, our response will be strong and firm”.

“We have also seen how the army retaliated during the war on Gaza, now there is calm, a calm situation the area did not witness for ten years before the war, I was told”, he said, “No one can guarantee there will be no violations, but if the truce is violated, the other side will face the consequences”.

His statements of retaliation were made despite the fact that Israel repeatedly violated the ceasefire agreement with Gaza, that was achieved under Egyptian mediation in November of 2012.

Netanyahu also accused Iran of being behind the attacks that took place on the southern border.
During the 8-day war in November of last year, Israeli missiles and shells killed 191 Palestinians, mainly children, women and elderly, while at least 1492 Palestinians have been injured, dozens seriously.

Israeli shells killed 12 women and 20 elderly and 48 children, including 16 under the age of five during the war.

Following the ceasefire agreement, the army continued its violations against farmers and workers in areas close to the border, and against fishermen in Palestinian territorial water; dozens of casualties and arrests have been reported.

On December 27 2008, Israel launched the Operation Cast Lead war on Gaza, a war that was described by the Palestinian Center for Human Rights (PCHR) as the “single most brutal even in the history of the Israeli occupation”.

“In total, 1,419 Palestinians were killed. 83% of the dead – the overwhelming majority – were civilians, the so-called ‘protected persons’ of international humanitarian law”, PCHR said in its reported, “A further 5,300 were injured, and public and private property throughout the Gaza Strip was extensively targeted and destroyed.”