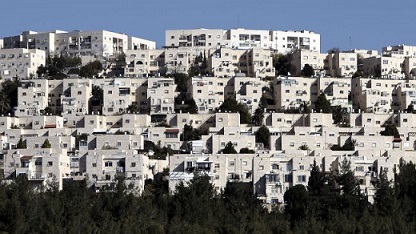 Britain’s Foreign Office Minister, Alastair Burt, denounced the recent Israeli government decision to construct 1096 units for Jewish settlers in the occupied West Bank, and in occupied East Jerusalem. The Minister said that the focus should be on peace talks.In a press release, Burt stated that Britain denounces the Israeli plan that includes 63 units in East Jerusalem, and added that settlements are illegal under International Law, jeopardize the efforts meant to build trust, and undermine the viability of a two-state solution.

“The United Kingdom urges Israel to void its decision, we must focus on resuming direct peace talks that will start August 14”, he added.

He also said that the Britain urges Tel Aviv and Ramallah “to continue to show courageous leaderships determined to make every possible effort to achieve a lasting peace agreement”.

He added that his country strongly believes the current efforts are capable of achieving peace that “the nations of the region deserve”.

There are more than 120 Israeli settlements in the occupied West Bank, and occupied East Jerusalem.

The Number does not include settlement outposts.
Besides the fact that settlement are illegal under International Law, Israel’s settlements also violate the Fourth Geneva Convention.

Israel’s settlements spread across the occupied West Bank and Israel’s’ Annexation Wall, have isolated large areas of Palestinian lands and orchards in the area, and are devastating the Palestinian economy as villagers lost large areas of their orchards and farmlands, in addition to the fact that large areas on lands became totally isolated.