Stormy Round Of Talks Held Amidst Escalating Israeli Violations 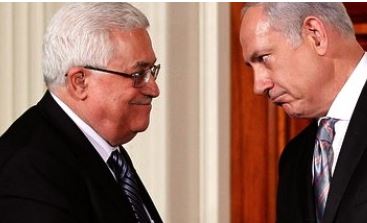 Palestinian officials involved in the direct talks with Tel Aviv have reported that the latest round of direct Palestinian-Israeli talks, held late on Wednesday at night, was very stormy due to Israel’s decision to build hundreds of units in illegal West Bank settlements.The officials warned that the Israeli violations, topped by its illegal settlement activities would kill any chances of successful peace talks, and added that the American Mediator, Secretary of State John Kerry, vowed before the talks started that Israel would stop all constructions in West Bank and Jerusalem settlements, and to decrease settlement construction activities in West Bank settlement blocs.

Following the stormy four-hour long session, the two sides decided to hold another round of talks in the West Bank city of Jericho.

On Thursday, the special Palestinian Political Committee, supervising talks with Tel Aviv, held a meeting headed by President Mahmoud Abbas, while some members of the committee objected to resuming direct talks with Tel Aviv amidst ongoing and escalating violations.

Israeli government’s legal advisor, Yehuda Feinstein, recently approved a decision authorizing the Israeli government to control, and illegally confiscate, Palestinian property in occupied Jerusalem, should the Palestinian owners be “involved in security violations”, and to maintain Jewish majority, especially if the neighbors of the Arab property are Jews, the Radio Bethlehem 2000 have reported.

Meanwhile, Israeli media sources have quoted a number of Israeli ministers stating that the chances of successful and productive peace talks with the Palestinians are very slim, and that “previous experiences showed that the only way to reach an agreement is through secret channels, and not through direct talks supervised by the United States”.

Israel daily, Maariv, quoted a senior Israeli official stating the Kerry was informed beforehand of the Israeli decision to build 1200 units in Jewish settlements in Jerusalem and the West Bank, and a thousand more units in the Gilo settlement.

An Israeli official stated that Kerry phoned Netanyahu demanding him to stop settlement activities, and added, “But it is just for show, just words, it’s all meant to convince the Palestinians to return to the negotiations table”.

The official added that Israel released 26 Palestinian detainees just to appease the United States, so that it supports Israel in its positions regarding the Iranian file, the developments in Egypt and Syria, and to convince the U.S to foil any Palestinian move at the United Nations.

The official further stated that he does not believes a crisis could take place between Israel and the United States within the coming six months should talks fail.

In other news, Israeli Yedioth Aharonoth, have reported that Israel intends to hand the Palestinian Authority the remains of Palestinians killed many years ago.

Palestinian Minister of Civil Affairs, Hasan Al-Sheikh, confirmed the news, while officials at the Netanyahu office completely denied the report.

Meretz head, Zahava Gal-On, stated on her Facebook page that there can be no peace agreement as long as Israel continues to build settlements, adding that although her party, represented by six seats, has no decision-making power; it will be an opposition that seeks peace, and will vote for a peace agreement.

“Netanyahu is refusing to stop constructions in West Bank settlements”, she said, “He is refusing the sign the economic treaty with the European Union due to the fact the EU does not invest in settlements, this shows that the Netanyahu government wants occupation, not peace”.