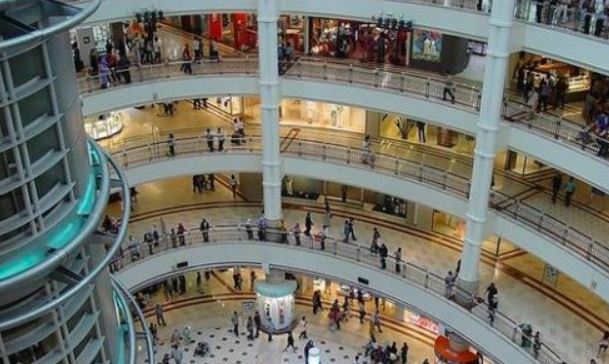 After being exposed by the Electronic Intifada, the Israeli army issued an apology for an image it published of a lavish mall, allegedly in the besieged Gaza Strip, admitting that the Mall is actually in Malaysia, and claiming that what happened was “an honest mistake”.The image, with a caption, alleged the huge and extravagant shopping mall is in Gaza. It was published on the English page of the Israeli Army blog.

In its blog, the army said; “Despite what you hear from the media, Gaza is not an open air prison”.

The statement by itself proves there was no “honest mistake’ in the post, and that it was intentional.

Israeli daily, Haaretz, has reported that the blog post of the Israeli military included pictures of fancy hotels, and pictures of Palestinians in Gaza allegedly “enjoying the nightlife scene”.

The Electronic Intifada website exposed issue and revealed that the mall picture Israel is trying to pass as being in Gaza, is actually the Suria KLCC Mall, in Pentronas Towers in Kuala Lumpur.

After the Electronic Intifada exposed the misleading caption, Haaretz contacted the Israeli army spokesperson unit on its official Twitter account, and the army admitted that the image is not from Gaza, and claimed that what happened was “a mistake made in good conscience”. The army then removed the picture.

Ali Abunimah, co-founder of the Electronic Intifada, and author of One country; A Bold-proposal to End the Israeli-Palestinian Impasse, said that before this image was published by the army on its English-Language Website on August 12, the army published the same image on its French language post on August 4.

Abunimah stated that Israel is trying to distort fact and delude the international public to cover the dire situation in Gaza, and the deadly effects of its illegitimate siege on the coastal region.

“The Israeli army’s cynical propaganda is supposed to distract people from the fact that the vast majority of people in Gaza live in deep poverty and a very precarious economic situation, without electricity for 8-12 hours per day, and depend on humanitarian aid, due to Israel.

Gaza’s per capita annual GDP is just over $1,000 dollars. Compare that with $32,800 for Israel.
The lesson: learn the facts and don’t be taken in by Israeli army fabrications.” Abunimah said.