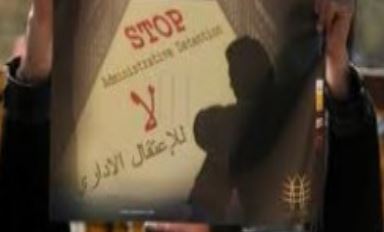 Saturday evening [August 18, 2013] the International Red Cross issued a statement expressing deep concern regarding the deteriorating health conditions of seven Palestinian political prisoners, held by Israel, and have been on hunger strike for an extended period.The Red Cross said it is closely following the issue of the detainees, especially detainee Imad Abdul-Aziz Al-Batran, who started his hunger strike several weeks ago, and is facing serious health issues.

Juan Pedro Scherer, head of the International Committee of the Red Cross in Israel and the Occupied Territories, stated that the life of Al-Batran’s life is in real danger, and called on Israel to find an immediate solution to the issue.

“The solution should take into consideration all resolutions issued by the International Medical Commission, allowing the detainees to choose whether they want food, or medical treatment”, he said, “Respecting their choice and decisions is very essential”.

It is worth mentioning that, after several detainees started hunger strike, the Red Cross committee stated that its medical teams and commissioners started to frequently visit the striking detainees to monitor their conditions.

Thousands of Palestinian political prisoners, held by Israel, conducted numerous hunger strikes demanding to be treated in accordance with International Law and all related human rights resolutions, especially since they face very harsh conditions, are not provided the needed medical treatment, in addition to being tortured during interrogation.

In related news, The Ahrar Center for Detainees’ Studies and Human Rights have reported that Israeli soldiers kidnapped 1790 Palestinians in the first half of this year, shot and killed 16 Palestinians, and injured dozens.

Ahrar added that, in June alone, the army kidnapped more than 300 Palestinians, including women, children, political leaders, journalists and even university lecturers and professors.