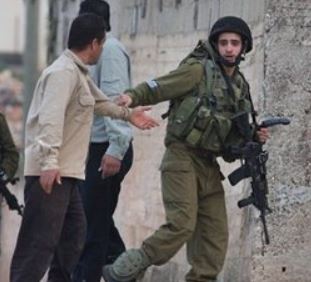 Dozens of Israeli soldiers invaded, on Friday evening, the village of Beita south of the northern West Bank city of Nablus, and kidnapped five Palestinians; clashes and injuries have been reported.Local sources said that dozens of soldiers invaded the village, broke into and violently searched several homes, causing property damage, and kidnapped the five Palestinians, the Maan News Agency has reported.

The sources added that the soldiers also fired dozens of flares, gas bombs and concussion grenades in a number of neighborhoods in the village.

The army claimed that the invasion was carried out after Molotov cocktails was hurled at Israeli military vehicles driving at the Beita Junction, south of the village.