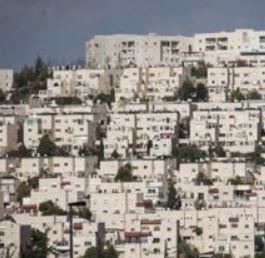 Israeli Prime Minister, Benjamin Netanyahu, stated during his recent meeting with UN General-Secretary, Ban Ki-moon, that Israel will continue to build and expand settlements in occupied East Jerusalem, and that settlements, and what he labeled as “new neighborhoods”, and settlement blocs will always remain under Israeli sovereignty.During his meeting with Ki-moon two days ago, Netanyahu said that there is nothing to discuss or negotiate on regarding Israel’s settlements.

“Everybody knows new Jewish neighborhoods in Jerusalem, all settlement blocs, will always remain under Israeli control”, he said, “There is nothing to talk about, there will be no discussion on the issue”.

The Israeli Prime Minister also claimed that “it is clear everybody known that the Palestinian-Israeli conflict is not the core source of tension in the Middle East”, and alleged that “the fundamental issue, the core problem in the region, is not recognizing Israel is a state for the Jewish people”.

He further claimed that the Education System in the Gaza Strip “is based on incitement against Israel”, and demanded the United Nations to examine “how summer camps run by the UNRWA, are used to foster hatred and violence in the minds of Palestinian children”, according to Netanyahu.

Israel’s illegal settlement activities, built in direct violation of International Law, are amongst the core issue that obstruct direct peace talks between Israel and the Palestinians.

Israel refuses to recognize most of the core issues on the conflict, and the Palestinian legitimate rights, including the Right of Return of all refugees, the right to a fully independent and continuous state with East Jerusalem as its capital, borders and natural resources.