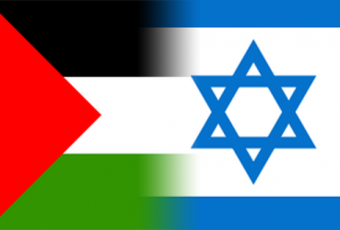 Israel and Palestinian officials held a meeting, last week, in the Hungarian capital, Budapest, and discussed the efforts to ensure the continuation of the recently resumed direct peace talks, mediated by the United States.Israeli daily, Maariv, reported Sunday that members of Knesset (MK’s) of the Yesh Atid Party (There is Future) Dov Lipman, Boaz Toporovsky, and Yifat Kariv, in addition to MK Moshe Mizrahi of the Labor Party, and David Tsur of the Hatenua Party, met with Fateh officials Qaddoura Fares and Sameeh Al-Abed, legislators Abdullah Abdullah, and Jamal Zaqqout.

MK Kariv stated that the meeting was held to help boost direct peace talks between the Palestinians and Israel.
“The sooner we achieve the two-state solution, the better it is for both sides”, she said, “I left the meeting knowing we can talk with them”.

“Any support to a one-state solution from the river to the sea harms the peace process”, Kariv added, “The Israeli government also needs to make some responsible and brave decisions”.

Responding to a question regarding the effects of political stances of her party on the coalition with the Jewish Home Party, she said that “the two parties helped form the current government in Israel”, and added that “whenever a difference in political stances emerge, we need to find common ground”.

The convening Palestinian and Israeli officials agreed on issuing a joint statement that would “pressure Israeli and Palestinian leaders to reach an agreement”, and expressed support to the Geneva Initiative for peace.

On his part, Fares confirmed the meeting took place, but did not give any further statements or details.