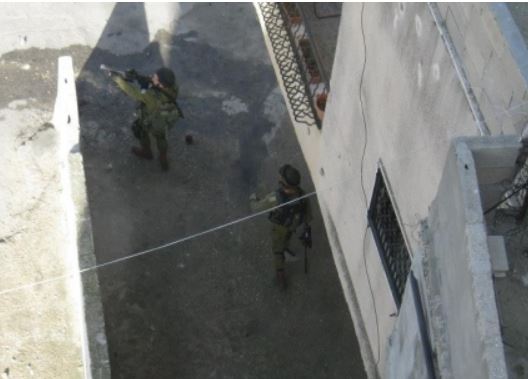 [Sunday August 18, 2013] Dozens of Israeli soldiers invaded the Aida refugee camp in Bethlehem, and clashes with dozens of local youths, local sources have reported.The sources said that dozens of youths hurled stones and empty bottles at the invading soldiers, and that the army fired gas bombs, and rubber-coated metal bullets; no injuries have been reported, the Palestine News Network (PNN) has reported.

The soldiers withdrew from the refugee camp later on without conducting any arrests.

In related news, Israeli media sources have reported that two Molotov cocktails were hurled at an Israeli settler’s vehicles driving on settler road #60, near the Al-Khader town, west of Bethlehem.

The army reported no injuries, and said that the soldiers conducted a search campaign in the area.