“Tamarrod” Calls For Rebelling Against Hamas In Gaza 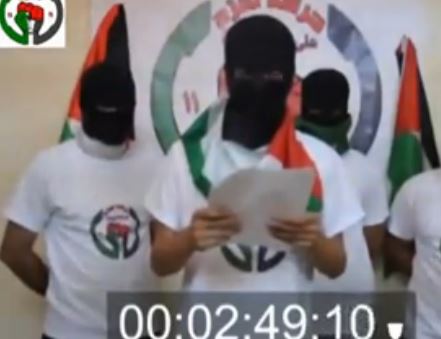 A Gaza-based group known as “Tamarrod”, Arabic for Rebellion, published a video through its Facebook page, and other social media outlets, stating that November 11 2013, will be a day of rebellion against what it called “oppression and injustice by Hamas”.The video started by their emblem, a verse from the Holy Qur’an, before the young man rread statements regarding steadfastness, and “determination to stand against Hamas oppression in Gaza”.

“Our people have known nothing but bloodshed and murder by thugs of Hamas, our people always stood for what is right, and against injustice and occupation”, the group said in its statement, “Tamarrod on Injustice is a Palestinian youth movement, its members come from different backgrounds, and none of them were spared by the egoistic policy of Hamas in Gaza”.

“They identify themselves as brothers, but they are not brothers, they deceived us in the name of religion and resistance, they classified themselves as true believers in God and us as infidels”, the masked young man who read the statement said, “The thugs of Hamas made our people subject to murder, just for the sake of murder, only by the actions of the thugs of Hamas, our people started witnessing justice for oppressors, torture and oppression for patriots”.

He added that Hamas in Gaza is acting like a gang from Middle Ages, smuggling and oppressing people, and added that “what is really shameful is that they practice these atrocities in the name of religion, true believers do not oppress, but they [Hamas] oppress, do not lie, but they lie, do not kill, but they kill…”

He also said that the Palestinian people, and their factions, including Hamas, have always rebelled against the occupation, rejected the Israeli oppression, and are fighting for freedom.

“But the Hamas of today, is not like Hamas of the past, we just aim it removing injustice, and to destroy the hole dug by thug tunnel traders of Hamas, we want Hamas to return to its path, the path that fights the Zionist occupation”.

He added that the Palestinian people are invited to make November 11 a true Palestinian day, “a day that rejects intervention from groups that are not Palestinian”, and a day to reject “oppression, injustice, and policies that want to keep our mouths shut”.

“We want Hamas to return to its senses, to its true path of resistance against the occupation”, he further stated, “We will not be silent any more, you can’t silence us, you will not rule us”.

“We will not ask you to leave because you are part of our people, but you will not rule us after November 11, even if you kill us, our choices and options are open except for weapons”, the masked young man said, “Unlike you, we do not raise our weapons if the faces of our brothers, unlike you, we aren’t the ones who killed women, elderly and children…”