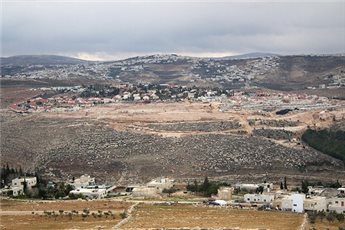 [Thursday August 22, 2013] The Palestinian Foreign Ministry called on the Quartet Committee, mainly the United States as the mediator in direct peace talks with Tel Aviv, to intervene and put an end to Israel’s escalating illegal settlement construction and expansion activities.The Ministry said that settlements in the occupied territories are illegitimate and violate International Law and the Fourth Geneva Convention, and added that settlements are destroying any chances of success to the recently resumed direct talks.

It called on regional and international organizations, including the Quartet [The United States, The European Union, the United Nations and Russia] to document the Israeli violations in order to pursue Israel in international courts.

The statement came in response to a sharp escalation in Israeli violations, including its illegal settlement activities in occupied Jerusalem and the rest of the occupied West Bank.

The Ministry said that Israel is passing “laws” to illegally control Palestinian lands and property under the “Absentee Property Law”, especially in Jerusalem.

“The law is theft, theft of Palestinian lands and property, it is meant to allow Israel to build and expand illegal settlement in direct violation of International Law”, it said, “Israel is also dangerously escalating settlement activities in Jerusalem”.

“Last week, Israel approved more than 2000 units, this is happening while Tel Aviv is demolishing Palestinian homes and displacing the indigenous Palestinian population”, the Ministry stated, “This is real war for controlling every part of Jerusalem, and the Jordan Valley”.

The Ministry further stated that Israel passed laws to legalize illegal settlement outposts, built on private Palestinian property, similar to what is happening in the eastern countryside of Bethlehem, and in Jerusalem as well as various areas.

The Absentee Property Law dates back to 1950, it was devised to that Israel can justify the illegal confiscation of Palestinian lands, property and homes, all owned by Palestinians displaced by Israel during the Nakba of 1948.

Back then, Israel said that the law aims at “preserving the property” without selling or disposing of it “except for development purposes”, the Applied Research Institute (ARIJ) said in an earlier report.

Israel made various amendments to the law since then, granting itself the “right” to annex more Palestinian lands and property in order to build and expand illegal settlements.

In 2004, Israel issued an amendment allowing Israeli settlers, living and using property of displaced Palestinians, to dispose and sell the property.

“…in 2004, when the Israeli government issued an amendment allowing the settlers placed in the properties of the absent Palestinians to dispose of such real estate by selling them to the so-called Israeli development authority that falls under the control of the Israel land department which gives them for companies like ‘Amidar’ and ‘Hmenota’ which, in turn, use them for settlement building and expansion, especially in east Jerusalem.” – ARIJ