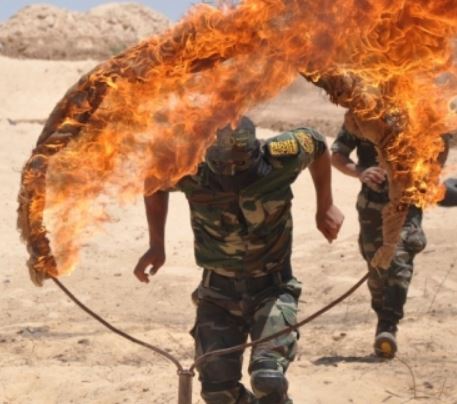 The Al-Qassam Brigades, the armed wing of the Hamas movement, has reported that one of its fighters was killed, on Thursday at dawn [September 4, 2013] east of Gaza City.The Brigades said that the fighter, Mohammad Lutfy Abed, 24, died in what it called a “jihadist mission” east of Gaza city.

Dr. Ashraf Al-Qodra, spokesperson of the Ministry of Health in Gaza, said that the body of Abed was moved to the Shifa Medical Center.

On Monday, a fighter of the Al-Qassam Brigades died when a siege-busting tunnel collapse on him in Rafah, in the southern part of the Gaza Strip.