Hamas: “We Are Ready For Possible Israeli War On Gaza” 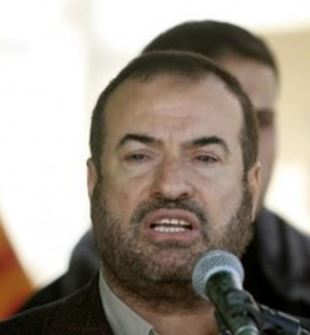 Palestinian Minister of Interior and National Security of the Hamas-led government in Gaza, Fathi Hammad, stated that his ministry is ready for any possible Israeli war against the Gaza Strip, amidst threats of a US-led war on Syria.His statements came during a seminar with the Nurses Union in Gaza city. He said that Israel might use the situation to wage a war on the resistance in the coastal region.

Hammad stated that his ministry is ready, and is acting on maintaining a strong interior front that is always ready to counter any Israeli aggression.

“National unity is achieved under the umbrella of steadfastness, resistance, and the liberation of Palestine”. Hammad said, “God willing, we are, and will always be a united nation against the occupation”.

Commenting on the closure of the Rafah Border Terminal, between Gaza and Egypt, Hammad said that this closure is causing a serious crisis that impacts the Palestinian people in Gaza, suffering from ongoing siege and aggression”.