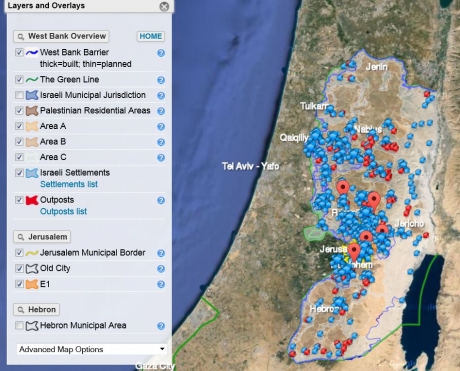 Israeli medial sources have reported that the current direct Israeli-Palestinian political talks are focused on a Palestinian state with temporary borders, and on security arrangements in the occupied West Bank.The sources said that Chief Palestinian Negotiator, Dr. Saeb Erekat, and Israeli Justice Minister, Tzipi Livni, held a meeting in Jerusalem, but did not reveal any further details.

Israeli Yedioth Aharonoth has reported, Thursday, that a senior Palestinian source said that Tel Aviv “offered” a temporary state for the Palestinians on %60 of the occupied West Bank, without removing any settlement, or military base.

The paper said that the latest leaked information about the talks is the first detail since negotiations were resumed, especially since Israel and the Palestinians are committed to discretion as requested by U.S. Secretary of State, john Kerry.

Furthermore, the official stated that the two sides have not started talks on borders, and that the talks are focusing on security arrangements.

“Israel wants to maintain control on the Jordan Valley, wants early warning stations, and wants to keep a military base in the Jordan border”, he added, “Israel is using the agenda of security in to continue the illegal confiscation of Palestinian lands; Tel Aviv did not show any interest in removing settlements, it is interested in maintaining control on %60 of the West Bank”.