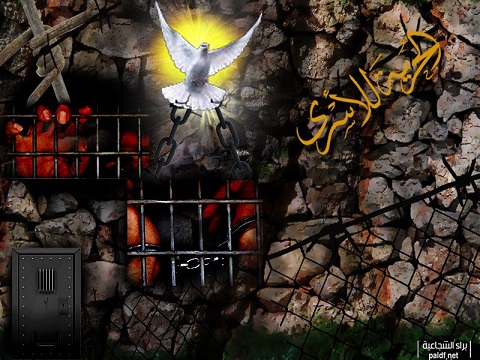 The Census Department of the Palestinian Ministry of Detainees issued a report on Palestinian political prisoners held by Israel, revealing that Israeli soldiers kidnapped 2436 Palestinians since the beginning of this year, and that the number of detainees currently held by Israel is 5200.

Former Political Prisoner, head of the Census department, researcher Abdul-Nasser Ferawna, stated that the detained Palestinians are held in 17 Israeli prisons, detention and interrogation centers, and that 146 of them are held under arbitrary Administrative Detention without charges or trial.

Farawna said that Israel is holding captive 220 children, including 42 below the age of 16. He added that 13 democratically elected legislators, and 13 women, are still imprisoned by Israel. The longest serving female detainee in Lina Jarbouni; she was taken prisoner in April of 2002 and was sentenced to 17 years.

The official also stated that there are 520 detainees who have been sentenced to at least one life term, and that detainee Abdullah Barghouthi was sentenced to 67 life terms and additional 250 years.