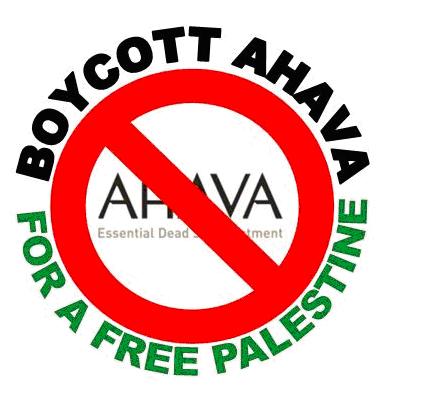 Over 500 academics, including researchers from 13 European Union member states, have today written to the EU’s head of Foreign Policy, urging the EU not to water down its new guidelines preventing EU funding from being awarded to Israeli projects and entities in the Occupied Palestinian Territory, including East Jerusalem .The “Letter by academic researchers to the EU regarding the participation of Israeli settlements in EU research programs” has been organised by the British Committee for the Universities of Palestine (BRICUP) and its French sister organisation the Association des Universitaires pour le Respect du Droit International en Palestine (AURDIP).

The EU recently announced new guidelines that should prevent Israeli universities, companies and projects based in settlements from receiving EU funding. This important policy change is the result of grassroots campaigning across Europe, including a letter to the EU foreign policy chief Catherine Ashton signed by 250 academics from across Europe last year.

The intention of the guidelines is to ensure that the EU’s own institutions respect the obligation not to recognize Israeli sovereignty in the Palestinian territory occupied by Israel since 1967, including the Palestinian West Bank, East Jerusalem and Gaza Strip as well as the Syrian Golan Heights.

“These guidelines show that grassroots civil society pressure is forcing the European Union to acknowledge its legal responsibility to not recognize Israel’s regime of occupation, colonization and apartheid against the Palestinian people and to end some aspects of its deep complicity in maintaining this illegal and criminal system.”

The new guidelines have been welcomed by students and conscientious academics in Palestine and Europe who have been campaigning against EU-funded joint projects between European universities and illegal settlement companies such as cosmetics firm Ahava.Ahava Dead Sea Laboratories Ltd, whose factory is located in the illegal Mitzpe Shalem settlement in the occupied West Bank, has participated in five projects under the current Framework Programme 7 (FP7), and is even the co-ordinator of two of them. These projects have a total value of €36,033,269, of which the EU has contributed €25,245,718.

Now Palestine solidarity organisations fear that Israel and the US are applying pressure on the EU to drop the new guidelines, or to water them down to the point where they become meaningless, ahead of negotiations on Israel’s participation in the upcoming Horizon 2020 EU research funding program. John Kerry has called for the guidelines to be dropped and a US official has claimed that there is an “openness” to this request among EU officials. The intensive round of talks between the EU and the Israelis about Israel’s participation in the Horizon 2020 programme opens this Thursday September 12th.

The letter is addressed to Baroness Ashton in her capacity as High Representative of the European Union for Foreign Affairs and Security Policy.It says, “As academic researchers, many of whom have been in receipt of EU research funding, we call upon the EU to implement its new guidelines in full and to ensure that projects, companies and institutions located in illegal Israeli settlements are not eligible for EU research funding.”

Professor Jonathan Rosenhead, Chair of BRICUP, said “Just when we thought that the EU was going to live up to its international human rights responsibilities, it seems they are in danger of going weak at the knees again. How can they even contemplate funding Israeli activities taking place over the Green Line in illegal settlements? A measure of the outrage that this has provoked is the fact that in less than 2 days signatures to this letter have flooded in from over 500 academics.”

Ivar Ekelund of AURDIP said: “At long last the EU has decided to abide by its own principles. It should go without saying that the European taxpayer should not support activities interritories which are illegally occupied and settled. It is a wonder that a directive is needed to state the obvious, and even more of a wonder that the EU appears ready to yield to pressure to step back from this very modest beginning.” How can Europe lecture others on international law if it turns a blind eye to ongoing violations on its own doorstep? As scientists, we are part of an international community, and we know that such a community can only be supported by fairness and the rule of law.”

The full text of the letter is as follows:

We are writing to you with regard to the guidelines published recently by the EU on the eligibility of Israeli bodies for EU financial support which are designed to prevent projects in illegal Israeli settlements from receiving funding from the European Research Council and the forthcoming Horizon 2020 EU research funding programme.

The guidelines were widely welcomed by researchers and citizens who had been deeply concerned that the EU was encouraging and funding collaboration between European universities and Israeli companies such as Ahava that operate in illegal Israeli settlements. Israeli settlements in occupied Palestinian territory are illegal under international law and their continued existence and expansion lead to severe violations of the human rights of Palestinians.

We understand that negotiations on Israel’s participation in the Horizon 2020 program will begin on Thursday, and we have read that you hope to find ways to implement the new guidelines “sensitively”. We have also read that US Secretary of State John Kerry is pressuring the EU to repeal the new guidelines.

As academic researchers, many of whom have been in receipt of EU research funding, we call upon the EU to implement its new guidelines in full and to ensure that projects, companies and institutions located in illegal Israeli settlements are not eligible for EU research funding.