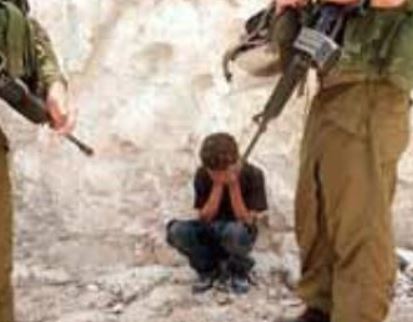 [Wednesday September 18 2013] The Palestinian District Coordination Office (DCO) has reported that it managed to secure the release of a Palestinian child, from the Old City of Hebron in the southern part of the West Bank, after Israeli soldiers kidnapped him.The Public Relations Office of the DCO stated that, immediately after being notified that the soldiers has kidnapped Abada Mohammad Abu Remila, 12, they contacted the Israeli side of the DCO demanding them to release the child.

The Israeli DCO said that its soldiers allege that the child hurled stones at their jeep, and was arrested with the possibility of facing charges at an Israeli military court.

The Israeli DCO then released the child without any conditions, and handed him to the Palestinian side so that they can return him to his family.

With the rising and escalating Israeli military attacks, and escalating settler assaults in Hebron, and in different parts of the occupied East Bank, the Palestinian DCO urged the residents to immediately report violations carried out by soldiers and settlers.