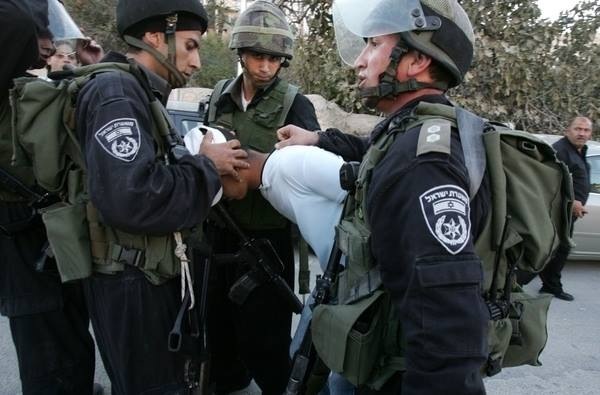 European Network to Support the Rights of Palestinian Prisoners (UFree) issued a report denouncing the Israeli arbitrary arrest of Palestinian children in occupied Jerusalem. The statement came after the army kidnapped eight children from the Shu’fat refugee camp, in the occupied city.UFree said that, on Monday [September 18, 2013] the Israeli District Court in occupied Jerusalem sentenced eight Palestinian children from Jerusalem to actual imprisonment for periods between 17 and 44 months.

It added that Israel is also resorting to placing dozens of residents under house arrests, in addition to its illegal detention policies and its arbitrary forced exile of certain detainees.

Head of the Jerusalem Poisoners Families Committee, Amjad Abu Asab, told UFree that Israel alleges that the kidnapped children threw stones at the Israeli army, and added that the children were violently beaten and assaulted by the soldiers during the course of their arrest, and were subject to physical and psychological torture during interrogation, in direct violation of international law and all related human rights treaties.

He said that Israel is currently holding captive around 230 Palestinian children, held in direct violations of all human rights treaties, facing abuse, sleep deprivation, assaults, and are denied family visits.

It added that the Israeli army and police kidnap approximately 700 children each year. Some for short periods, while others are sent to court, and sentenced to months and even years, or forced under house arrest, in addition to facing high fines imposed by Israel’s courts.

In a recent report, UFree detailed the ill-treatment of Palestinian children imprisoned by Israel. The detailed analysis was based on legal testimonies from children who faced these violations.