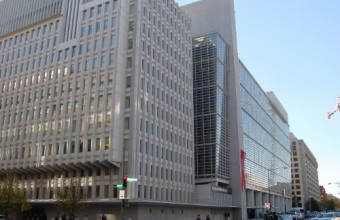 The World Bank Tuesday approved a $10 million grant that will scale up a current Cash Transfer Project and benefit 5,000 Palestinian households living in extreme poverty in the Palestinian territories, according to a World Bank press release.Cash transfer programs have been key in providing timely emergency assistance to Palestinian families suffering from economic hardships.

The statement added that this additional grant will target around 5,000 families using a transparent poverty-targeting mechanism that verifies beneficiaries’ eligibility through regular monitoring and re-certification.

It will also support continuous efforts aimed at reforming the cash transfer program.

It’s worth mentioning that the Cash transfer Program, supported by the World Bank, replaced an earlier complex web of social protection initiatives and more than doubled the number of beneficiaries reached from 2010 to 2012.

Up to 2013, it reached over 100,000 poor households covering more than half of the poorest, and devoting two thirds of its resources to the extremely poor.

The Bank also used its technical expertise to coordinate donors’ efforts for a greater collaboration in the distribution and evaluation of benefits.

‘The lack of economic opportunities and high unemployment rates remain major problems in the Palestinian Territories,’ said Mariam Sherman, World Bank Country Director for the West Bank and Gaza. ‘This program supports the poorest and most vulnerable Palestinians. The provision of basic safety nets has a significant impact on the lives of recipients by providing income and fostering social inclusion.