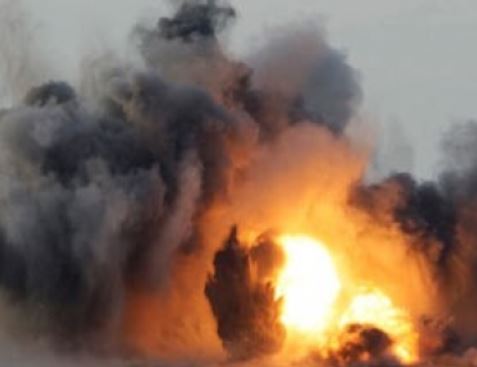 [Tuesday Morning, September 24, 2013] A number of armored Israeli military vehicles, and a military bulldozer, invaded an area east of the Al-Boreij refugee camp, in central Gaza, and clashed with Palestinian fighters.Eyewitnesses said that the fighters managed to detonate an explosive charge under the military bulldozer, and that fire and smoke was seen coming out of the targeted vehicle.

Soldiers fired dozens of rounds of live ammunition and used smokescreens in an attempt to conceal the movement of their vehicles, and advanced to uproot farmlands in the area.

Also on Tuesday, several Israeli military vehicles carried out a limited invasion into an area, east of Deir Al-Balah, in central Gaza, and uprooted Palestinian lands.

Israeli soldiers conduct frequent military invasions into different areas in the besieged coastal region, and uproot farmlands, in addition to opening fire at farmers working in their lands close to the border area.

The invasions come in direct violation of the ceasefire agreement that was mediated by Egypt in November of last year.

During the 8-day war in November of last year, Israeli missiles and shells killed 191 Palestinians, mainly children, women and elderly, while at least 1492 Palestinians have been injured, dozens seriously.

Israeli shells killed 12 women, 20 elderly, and 48 children, including 16 under the age of five during the war.

Following the ceasefire agreement, the army continued its violations against farmers and workers in areas close to the border, and against fishermen in Palestinian territorial water; dozens of casualties and arrests have been reported.

On December 27 2008, Israel launched the Operation Cast Lead war on Gaza, a war that was described by the Palestinian Center for Human Rights (PCHR) as the “single most brutal even in the history of the Israeli occupation”.

“In total, 1,419 Palestinians were killed. 83% of the dead – the overwhelming majority – were civilians, the so-called ‘protected persons’ of international humanitarian law”, PCHR said in its reported, “A further 5,300 were injured, and public and private property throughout the Gaza Strip was extensively targeted and destroyed.”