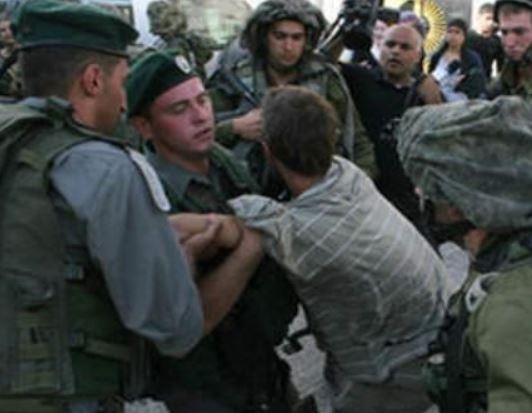 Tuesday evening [September 24, 2013] Palestinian medical sources in Jerusalem have reported dozens of residents suffered the effects of teargas inhalation, and at least two have been kidnapped following clashes with the Israeli army and police in occupied East Jerusalem.The clashes took place as hundreds of Palestinians marched to protest a procession by extremist Israeli settlers who have been trying to break into the Al-Aqsa Mosque, the Maan News Agency has reported.

Palestinian medical sources said that the soldiers and police attacked the Palestinian protesters as they marched chanting against the occupation, and the attack carried out by Israeli extremists who tried to break into the Al-Aqsa Mosque.

The sources added that the soldiers used excessive force against the residents, fired gas bombs and concussion grenades leading to dozens of injuries among the residents.

Furthermore, Israeli sources said that a settler woman from the Kidmat Tzion illegal settlement, in occupied East Jerusalem, was mildly injured after being hit by a stone thrown by a Palestinian protester.

The sources added stones hurled by Palestinian protesters caused damages to at least ten Israeli vehicles in the area.

The Israeli police also decided to close the Al-Aqsa Mosque to Muslim worshipers on Tuesday, an issued that led to further tension.