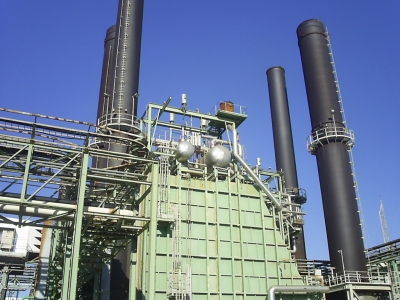 The Palestinian Centre for Human Rights (PCHR) expresses deep concern over the deterioration of humanitarian conditions of the civilian population due to the aggravation of the electricity crisis in the Gaza Strip.On Friday morning, 01 November 2013, the operation of the Gaza power plant was totally stopped due to the lack of fuel required for its operation.

PCHR is deeply concerned that the current crisis may impact the access of 1.7 million Palestinians to vital services, including the supply of drinking water, and that this crisis may result in the suspension of work in some vital sectors, such as health, sanitation and education.

According to PCHR’s follow-up of the chronic power crisis in the Gaza Strip, the Palestinian Energy Authority in Gaza announced that the operation of the Gaza Power plant was totally stopped on Friday morning, 01 November 2012.

The Energy Authority claimed that its counterpart in Ramallah stopped the fuel supplies required to operate the power plant and its requested taxes on the price of fuel.

However, the Energy Authority in Gaza announced its inability to pay taxes on the price of the industrial fuel.

On the other hand, the Energy Authority in Ramallah refused to provide any new fuel supplies required for operating the power plant resulting in the total lack of fuel and the shutdown of the plant.

The shutdown of the Gaza plant power has left serious consequences on the humanitarian conditions of the Gaza Strip’s population due to the deficit in daily needs of power in Gaza.

The Electricity Distribution Company (GEDCO) in Gaza was forced to increase the hours of power outages on houses and vital facilities from 8 to 12 hours daily.

Thus, the schedule, which is applied, based on which power will be distributed for six hours and then cut off for 12 hours resulting in further deterioration in humanitarian conditions of the Gaza Strip’s population.

It should be mentioned that the power plant was providing around 65 megawatts during the years of its reparation and rehabilitation after being targeted and destroyed by Israeli forces in June 2006.

The power plant had worked since June 2012 to produce around 100 megawatts.

The Gaza Energy Authority stated that the electricity is provided to the Gaza Strip as follows: 120 megawatts from Israel and 27 megawatts supplied by Egypt.

The Gaza power plant has been suffering from a significant decrease in fuel supplies required for its operation coming from Egypt through tunnels under the Egypt-Gaza border, as the supplies have almost completely stopped for around 2 months.

As a result, the Energy Authority in Gaza purchased fuel from Israel through its counterpart in Ramallah. At that time, the Palestinian Authority (PA) in Ramallah exempted fuel purchases from taxes.

However, the Energy Authority in Ramallah demanded its counterpart in Gaza to pay the taxes on the fuel supplies due to the PA’s current financial crisis.

The Energy Authority in Gaza refused to pay those taxes claiming that it cannot afford paying them.

PCHR has been following the power crisis consequences in the Gaza strip since the power plant stopped operating after Israeli forces targeted and destroyed it in June 2006 resulting in catastrophic impacts on the power supplies in the Gaza Strip.

PCHR has been also following the impacts of the ongoing Palestinian political split, whose two parties failed to find solutions that take into account the best interests of Palestinian civilians in Gaza and stop the deterioration of humanitarian conditions and provide of their electrical power needs and fuel required to operate the Gaza plant power.

PCHR is deeply concerned over further deterioration of civilians’ humanitarian conditions as the power crisis has affected all civilians’ daily life needs and violated their right to access to basic and necessary services, including access to health facilities and to treatment, access to educational institutions, including schools and universities, and access to water services, including drinking water in homes and all other vital services.

Through continuous follow-up of the effects of the aggravation of the power crisis, PCHR has observed serious deterioration of the humanitarian situation from which the residents of Gaza are suffering:

• About 1, 7 million inhabitants of the Gaza Strip are facing deficiencies in all walks of their daily life, which have affected their basic needs, including health services, access to water, environmental health services and ability to meet the educational needs of school and university students.

• Hundreds of patients in the hospitals of the Gaza Strip face serious health risks as the medical equipment are not run regularly, especially in the intensive care units and other medical units like heart and kidney units.

• Local bodies, including municipalities and village councils, are unable to provide alternative fuel to ensure the workflow of their vital facilities serving the population of the Gaza Strip, including water and sanitation facilities. Citizens’ complaints started to resound because of their inability to get water in their houses, especially in high buildings.

• Different bakeries in the Gaza Strip said that they partially stopped working due to the long hours of power outage and the shortage of the fuel needed to run the machines. One can notice overcrowding for long hours in front of bakeries in order to get the basic needs.

• Educational facilities in universities and educational institutions are suffering serious disorder, which led to the inactivity of many educational laboratories and the postponement of some educational assignments due to electricity shortage and lack of alternative power sources.

The aggravation of electricity crisis has coincided with the mid-term exams that started about a week ago in the schools and universities of the Gaza Strip. The majority of governmental schools is still without electricity and cannot provide the students with alternatives.

• Hundreds of institutions and associations in the Gaza Strip had to postpone their activities and programs due to the electricity shortage all day and their inability to provide alternative power sources to run their machines and equipment.

• The suffering of the population of the Gaza Strip has seriously aggravated, especially those living in high buildings and who depend on elevators in the ascending and descending from their apartments. Dozens of residents, including elderly people and patients with chronic diseases have been greatly affected.

PCHR is following the power crisis in the Gaza Strip with grave concern and:

2. Warns of the serious consequences of the stoppage of the power plant on all vital sectors, including the basic services for about 1, 7 million Palestinians living in the Gaza Strip, like drinking water supplies, disruption of health facilities, including hospitals and medical centers, in addition to the sewage plants and educational sectors.

3. Calls on the international community to pressurize Israel, the occupying power according to international humanitarian law, to lift the illegal closure imposed on the Gaza Strip since June 2007, to fulfill their legal commitments towards the civilian population of the Gaza Strip and to ensure access to all the medicines, food, and basic services, including fuel supplies needed to run the Gaza Power Plant.