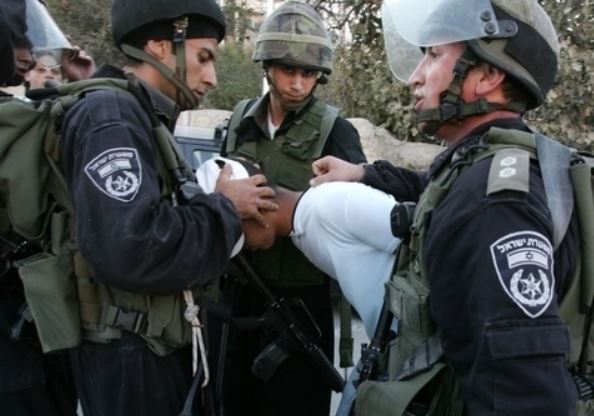 Friday at dawn [November 8, 2013] Israeli soldiers invaded various parts of the occupied West Bank, broke into and violently searched homes, and kidnapped five Palestinians.Local sources have reported that the army broke into the home of Zoheir Abu Meizer, in the southern West Bank city of Hebron, and kidnapped his sons Majed and Dia’. The soldiers violently searched the home causing property damage.

Soldiers also violently attacked the two in front of their family, and searched the property for more than two hours.

Coordinator of the Popular Committee against the Wall and Settlements in Beit Ummar Mohammad Awad, said that the soldiers kidnapped Soheib Sa’dy Abu Maria, 24, after violently searched his home causing excessive property damage.

The soldiers cuffed Abu Maria and took him, on foot, to the nearby illegal settlement of Karmie Tzur.

Awad further stated that the soldiers also invaded several homes and searched them.

Salah is a former political prisoner who spent seven years in Israeli prisons. He was moved to an unknown destination.