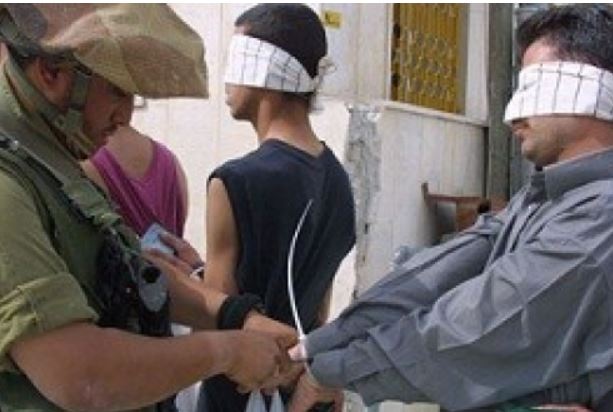 The four have been identified as Ahmad Mohammad Al-’Amour, Baha’ Aref Al-’Amour, Moath Ibrahim Al-’Amour and Omar Suleiman Al-’Amour; all 18 years of age.

After violently breaking into their homes and searching the properties, the soldiers cuffed and blindfolded the four and took them to the Gush Etzion military and security base.

Soldiers also invaded the Saff Street, in the center of Bethlehem city, and handed Sami Mousa Abu Mfrarreh, 26, and Ahmad Ibrahim Abdullah, military warrants ordering them to head to Gush Etzion for interrogation.

On Sunday at dawn, dozens of soldiers invaded the Al-Obaidiyya town, east of Bethlehem, and kidnapped two youths identified as Mohammad Ali Abu Sarhan, and Mohammad Khalifa Jaraha, both 16 years of age.

Local sources said that the soldiers violently broke into the homes of the two kidnapped residents, and violently searched them.

On Sunday evening, medical sources said that two Palestinians were shot and injured by Israeli military fire in Qalqilia.

The army claimed the two tried to cut the barbed-wire fence close to the Annexation Wall in the area.

Also on Sunday evening, soldiers invaded the Al-Zaweya village, south of the northern West Bank city of Jenin.
Local sources said the soldiers were searching for resident Abboud Fawwaz Jarrar, but we was not home.

The invasion are part of daily violations carried out by Israeli soldiers in the occupied West Bank.