Palestinian-American denied entry into Israel, told ‘There’s no such thing as Palestine’ 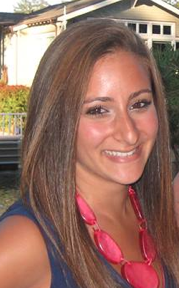 I’ve spent my entire life hearing stories about Jerusalem and the beauty of my homeland from my mother and grandparents. I had always dreamed of one day being able to visit, and in the summer of 2012 it seemed that I would finally have that opportunity. In September of that year I started my travels with 30 peers on a student diplomatic trip through the Middle East. I knew that I would likely face some trouble at the Israeli borders due to my Palestinian background, however what I experienced turned out to be far more than just a little “trouble”.On September 13th, 30 of my peers and myself, made our way from Amman, Jordan to the Jordan River Crossing, the international border between Israel and Jordan. We lined up single file to go through baggage check, and have our passports checked by a young soldier who couldn’t be over the age of 25. I watched as several of my peers handed their bags and passports over and were quickly moved along. There seemed to be no trouble. As I approached the soldier and handed him my own passport, he read my name and automatically asked me to step aside. I obliged, wondering and worrying why I hadn’t been let through as easily as my friends who I could now see collecting their luggage and heading back to the bus. I waited patiently as I watched my passport be handed around from soldier to soldier, each reading my name out loud then conversing among each other in Hebrew.

Eventually one of the soldiers took my passport to the back and handed it to a young lady behind a glass window. I watched her inspect the passport and vigorously type my information into the computer screen in front of her. After about 35 minutes of her “research” on me, she called me over to her window, and proceeded to question me.

“What is the purpose of your visit to Israel?”

“Where are your mother and father from?”

“My father is Egyptian, and my mother is Palestinian” I noticed her smirk when I said the word Palestinian.

“Where are they now?”

“In California, where they live”

“Do you have family here in Israel?”

“No, but I have family in Palestine”

“So your mother is a Palestinian and you think that you can come to Israel?”

“You are not allowed to enter here because you have a Palestinian I.D.”

“No, I do not, I am an American citizen. I wasn’t born in Palestine, nor have I ever lived there”

Again she laughed, and snidely replied, “Well there is no such thing as Palestine anyway, but you have an I.D. through your mother, so you are not allowed to enter here. No Palestinians are. But you can try the Allenby Border Crossing, that is for Arabs only”

In just a few simple words it seemed that she had stripped me of my entire identity, erased my history, and labeled me as less than. I had never felt such anger in my life.

Devastated that I might not be able to continue my travels with my peers, it was decided that I would take a taxi an hour away to the Allenby Border Crossing and attempt to enter Israel from there. All 30 of my peers, all American citizen, UC students, just like me, had all gotten through already, but because my mother possesses a Palestinian ID, I was being denied entry into my own homeland. I was beginning to see the blatant racism that my mother had tried to warn me about unravel in front of me. Israel’s goal is for every Palestinian to denounce their Palestinian ID, therefore giving up their right to ever return to live in Palestine. I felt a surge of pride that my mother had refused to do so, despite the fact that it was hindering not only her own, but also, my ability to see my homeland. I knew that it was one of the strongest forms of resistance she could take.

I got into a taxi with 3 members from my traveling group, and we made our way to the Allenby Border Crossing. After about an hour, we arrived, and again I waited in the passport control line. I approached the window as my turn had finally arrived and I handed my passport to the small blonde woman working behind the counter. She took my passport and scanned it, and automatically said,

“Do you have another passport?”

“You are lying to me. You have a Palestinian ID”

“No, I don’t. I am an American citizen. My mother is simply originally Palestinian”

“You are a Palestinian, you cannot come to Israel. Wait there”

I headed to the waiting area, and spent the next 3 hours sitting and watching my passport be handed back and forth between soldiers and employees. Every so often I would be called aside and questioned about the reasoning for my visit and my family. Finally another young female soldier holding my passport, called out my name, and I replied. She asked me to follow her, so I did. I assumed I would be questioned for what seemed like the 100th time that day. She led me through the building and out sliding glass doors in the back. As we kept walking, I wondered where she was taking me, but again assumed I was simply being led to another building for further questioning. Finally, she stopped in front of a bus, and simply handed the bus driver my passport and said, “Return her”. I automatically panicked.

“Return me? Return me where?”

“You are going back to Jordan. You cannot come to Israel”

“I can’t go back, I have no phone, and I didn’t even tell the people I was with that I’m leaving. Please just let me go tell them”

“No. You will get on the bus and go back”

At this point I was truly afraid, and so I raised my voice to call attention and said, “No. I need to go back to my group. I will not get on the bus”

Suddenly, another man dressed in full military uniform holding a gun approached, and said, “You need to calm down right now and get on the bus”

The man then lifted his gun, pointed it at me, and cocked it and said, “Get on the bus”

I had never had a gun pointed at me, and had never been so terrified in my life. Through tears I begged them to just let me tell my group, and finally the woman gave in and snarled, “You have 30 seconds to run back”
Yara Karmalawy

I sprinted back to where I had left the 3 members from my group that were with me and that is where I ultimately broke down. Here I was a mere minutes from the cities where my mother spent her youth, the land that I have always considered home, and a series of young men and women barely older than me were in control of whether I was to be allowed entry or not. The only difference between myself and my 30 peers, who had already gained entry, was that I was born to a Palestinian mother, and because of this, Israel would continue to deny me entry to my homeland until my mother has denounced her ID.

Between sobbing, I quickly explained what had happened to the 3 members I was with, as I saw the young female soldier walk back into the building behind me. She didn’t dare say anything to me in front of my group. She knew that her intimidation attempts would stand no chance now that she didn’t have me secluded. I had now been attempting entry into Israel for ten hours, and I was exhausted. I couldn’t stand one more soldier who was practically my age telling me that I was not allowed entry into Israel. Just the idea that these youth were controlling these borders made me sick, I could see the perpetuation of this brutal occupation first hand and I was disgusted.

I watched the female take my passport and place a huge stamp on an inside page. I now had a mark on my passport that would let everyone know I was of Palestinian descent. This stamp was only made up of 9 digits, the 9 digits of my mother’s Palestinian ID. It no longer mattered that I was an American citizen, UC student on a student diplomatic trip with 30 of my peers. Instead, these 9 digits were the only thing that defined me in Israel. These 9 digits had become my only identity.

I finally had my passport handed back to me and was once again told that I would not be allowed entry into Israel. Despite all my efforts, my background was going to keep me visiting my homeland. Somehow the same young men and women who I could have been in school with had my mother stayed in Jerusalem and raised me there, were the ones to deny me entry. The saddest part to me is that I know my experience is only a very minor example of the challenges that Palestinians face on a daily basis. When their identity and culture is not being actively erased from history and denied, it’s being used against them perpetuating the inequality and injustice that the occupation brings about.

Finally, after many more hours of pleading and reaching out to as many connections as possible, I was eventually able to gain entry into the West Bank. However I was still denied entry into Israel, and the 9 digit stamp in my passport would make sure of this at every checkpoint.

My only hope from all of this is that my story will encourage people to ask questions and to learn more about the Palestinian struggle. We need to start by educating ourselves and as many people around us as possible.

About Yara Karmalawy
Yara Karmalawy has a B.A. in Political Science and Legal Studies with a focus on the Middle East from UC Santa Cruz. She is currently pursuing an international law degree.