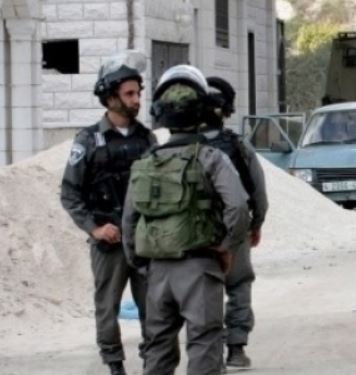 [Sunday November 17, 2013] Israeli soldiers kidnapped one Palestinian teenager in the southern West Bank city of Hebron, and five in the West Bank district of Bethlehem.Local sources in Hebron have reported that a number of soldiers stopped a 17-year-old Palestinian near the Ibrahimi mosque in Hebron, and took him to an interrogation facility. The army allege that the teenager “attempted to stab a soldier”.

The arrests and invasions took place as Israeli soldiers also invaded various areas in the West Bank, and installed several roadblocks, as part of daily violations against the Palestinians and their property in the occupied territory.