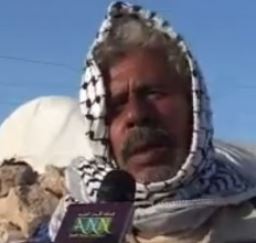 [Tuesday November 19, 2013] Palestinian medical sources in Bethlehem have reported that a Palestinian man, 58 years of age, died of wounds suffered seven years ago after being shot by live rounds fired by an Israeli soldier.The sources stated that Mohammad Sawarka, from the Rashayda village east of Bethlehem, was hit by seven rounds of live ammunition causing him to fall into a six-month coma, spent at the Hadassah Israeli Hospital before being moved to different hospitals in the West Bank.

Among other consequences resulting from his injury, Sawarka became paralyzed after a bullet shattered his spine, and suffered continuous health deterioration.

Head of the Rashayda Village council Fawwaz Rashayda said that the Israeli army wanted Sawarka for seven years, until he was shot and severely wounded.

It is worth mentioning that Sawarka lived in exile, and was only allowed back to Palestine after the establishment of the Palestinian Authority following the first Oslo accord in 1994. He then became a member of the Palestinian National Security Forces.