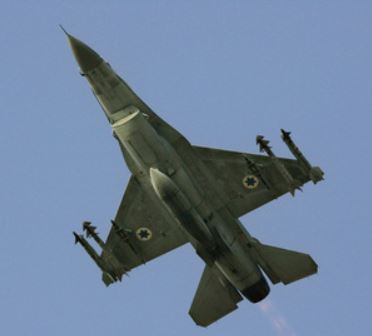 [Tuesday Evening November 19 2013] Israeli war jets carried out seven air strikes, targeting different areas in the northern and the southern parts of the Gaza Strip.Israeli military sources allege that the attacks were carried out after Palestinian armed groups fired a number of mortars which targeted armored vehicles invading Khan Younis, in the southern part of the coastal region.

Local sources in Khan Younis have reported that the army fired missiles targeting two chicken farms belonging to the Esleih family, in the Al-Manara neighborhood of Khan Younis.

Around 4,000 chicks and some sheep were killed, but no human casualties have been reported. The chicken farms were completely destroyed.

The Israeli Air Force also fired a missile into an area nearly 250 meters from the border fence, east of Khan Younis.

The targeted area is where three Palestinian fighters, members of the Al-Qassam Brigades of Hamas, were killed.

Four Israeli soldiers were injured, during a recent Israeli invasion into the area. Another Air Strike targeted a vacant chicken farm in the Az-Zanna area, in Bani Soheila, east of Khan Younis; damage was reported but no injuries.

Furthermore, at least one missile was fired into a training center that was used by fighters of the Al-Quds Brigades, the armed wing of the Islamic Jihad, north of Beit Lahia, in the northern part of the Gaza Strip.