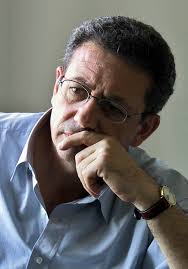 Secretary General of the Palestinian National Initiative, Dr. Mustafa Barghouthi, condemned the assassination of three Palestinians by the Israeli army in Hebron, and called on the Palestinian Authority (PA) in the West Bank to end political talks with Tel Aviv.Dr. Barghouthi said that the murder of the three Palestinians, carried out in cold blood, constitutes war crimes. He added that Israel must be brought to justice, at the International Criminal Court, for its crimes against the Palestinian people and against humanity.

The three were killed on Tuesday evening, east of Yatta town, south of the southern West Bank city of Hebron.

“This crime is a racist crime, a crime against the Palestinian people”, he said. “The International Community must act and prosecute Israel and end its aggression instead of ignoring its crimes and its illegitimate settlement activities”.

“Negotiations with Tel Aviv just grant it more immunity for its crimes and violations”, Dr. Barghouthi stated. “Israel’s apartheid system must be stopped”.

He further stated that, with the most recent crime, the number of Palestinians killed since the resumption of peace talks a few months ago rises to 22, while hundreds have been injured and kidnapped.

The Red Crescent Society in Hebron said that the three have been identified as Mahmoud Khaled Najjar and Mohammad Mousa Fansha, both from Yatta, and Mohammad Fuad Nairoukh from Hebron.